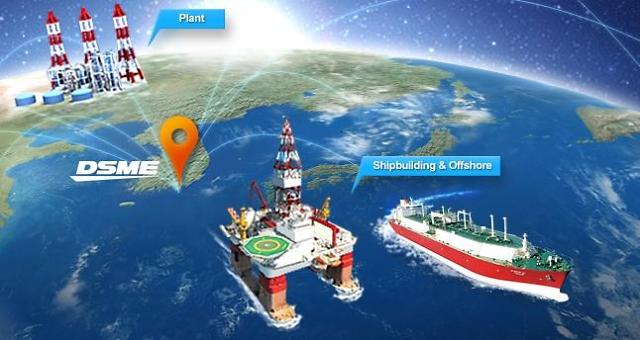 Daewoo Shipbuilding & Marine Engineering (DSME) said it was in charge of basic design while MAN Energy Solutions was responsible for the development of a dual fuel propulsion engine for a 23,000 TEU container ship. TEU is based on the volume of a 20-foot-long (6.1 m) intermodal container, a standard-sized metal box that can be easily transferred between different modes of transportation.

Lloyd's "approval in principle" included an overall safety review and a hazard and operability study on details such as piping, DSME said, adding it would commercialize an ammonia propulsion system by 2025. "With this certification, Daewoo Shipbuilding & Marine Engineering has taken a step closer to the biggest goal of de-carbonization," DSME chief technology officer Kwon Oh-yig was quoted as saying.

Ammonia is a compound of nitrogen and hydrogen. Though common in nature, it is both caustic and hazardous in its concentrated form. The advantage of ammonia used as fuel is that it contains no carbon but it needs pilot fuel for combustion. The International Energy Agency (IEA) predicts that the use of ammonia and hydrogen for ship fuel will gradually increase.

Compared to other alternative fuels such as hydrogen, synthetic diesel and carbon fuels, ammonia is seen as a more suitable ship fuel for the post-carbon era due to its stability in supply and relatively easy storage and transportation. Ammonia requires less storage volume than hydrogen and is cheaper to make than synthetic carbon fuels.

In response to tightened international regulations, South Korean shipbuilders work hard to develop new technologies and secure a competitive edge in eco-friendly vessels. In September, an ammonia-powered Aframax oil tanker which is under development by Samsung Heavy Industries acquired basic certification from Lloyd's. The shipbuilder aims to commercialize an ammonia-powered oil tanker in 2024.