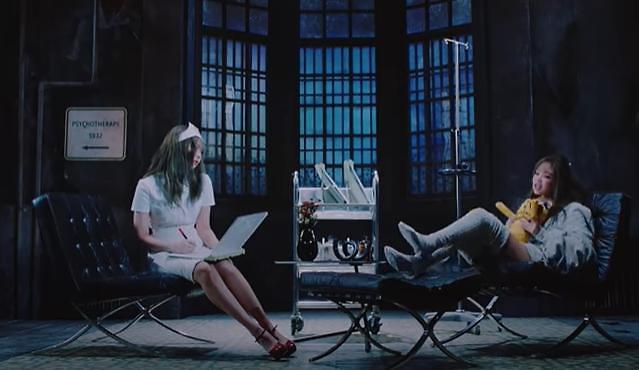 This image was captured from BLACKPINK's music video.[Courtesy of YG Entertainment]


SEOUL -- Bowing to public criticism over Jennie, a global K-pop star dressed as an attractive nurse in the music video of "Lovesick Girls," the agency of BLACKPINK apologized for distorting the image of nurses and promised to delete the scene at issue.

In the music video released on October 2, Jennie played a nurse, wearing a hair cap, a white skirt and red high heels to express the song's lyrics "No Doctor could help when I'm lovesick." The scene sparked unwanted protests from nurses and medical staff.

"We decided to delete all scenes of nurse uniforms from the music video, and we will replace them as soon as possible," YG Entertainment said in a statement on October 7. "We offer our deepest apologies to the nurses who felt uncomfortable."

YG denied any specific intention in the production of the music video and said it did not realize that the scene would cause controversy. The costume that emphasized feminine charm was far from what real nurses wear at medical sites, and critics say wearing such a costume could plant a distorted view of nurses.

The Korean Nurses Association has sent a letter of protest to YG. "It expressed the prevalent trend of sexually targeting nurses in our society," the association said, urging YG to apologize for lowering the morale of nurses who have worked hard at the forefront of a national fight against COVID-19.

"The nurses are still exposed to the abuse of power and sexual violence," the Korean Health and Medical Workers' Union said in a separate statement, insisting that the pop culture community should stop distorting the image of nurses.

Initially, YG dragged its feet saying the music video should be treated as an independent art genre as each scene had no intention more than expressing music. "The scene where nurses and patients appear in the music video reflected the lyrics of the song."