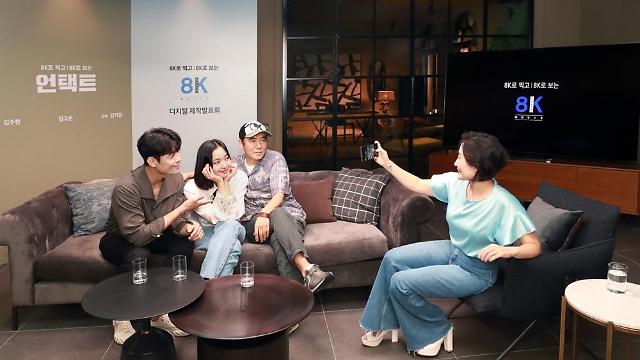 8K resolution refers to an image or display resolution with a width of about 8000 pixels. 8K TVs show a sharper and more detailed and realistic picture quality, providing an overwhelming sense of immersion. Currently, only very few commercial TVs support 8K resolution, which is ideal for cinema screens to deliver ultra-sharp images.

Untact is a new term used in South Korea meaning non-contact or non-face-to-face interactions. The film was produced by master director Kim Jee-woon and filmed in an 8K format using Galaxy S20 and Galaxy Note 20 smartphones. It was shot in an ultra-high-definition format optimized for QLED screens to emphasize the performance of actors in detail.

The film depicts a story about people living in a world where non-contact interactions have become part of life. "I bear a burden because It's a new way of trying, but I have high expectations on presenting a piece heralding the start of a full-fledged 8K era with Samsung Electronics," the director said.

For safe viewing, small groups were allowed in through reservations. Mask and hand sanitizer were provided to visitors only. It was to be released through online channels including social media and YouTube for free.