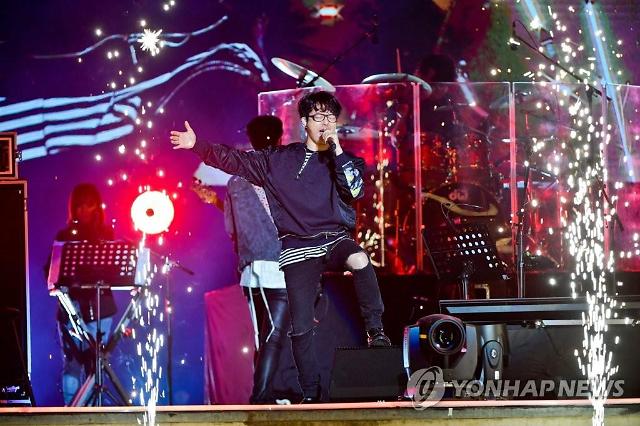 
SEOUL -- Incheon Pentaport Rock Festival, an annual event that was broadcast live online due to a COVID-19 pandemic, has attracted about 78,000 fans, according to the festival's host city.

The annual rock festival in the western port city of Incheon that kicked off in 1999 is now one of a very few rock festivals in South Korea where hip-hop music is popular. This year's festival was broadcast through social media on October 16 and 17 to prevent the spread of COVID-19.

The Incheon city government said in a statement on October 18 that about 78,000 people have watched this year's event that featured popular artists such as South Korean rock bands Neel and Jaurim as well as Travis, a Scottish rock band, and Deafheaven, an American post-metal band.

"We were able to pull this through thanks to the audience and musicians who always support Pentaport," an Incheon official was quoted as saying. About 600 rock fans used Zoom, an American video conference and online chat service, to communicate with artists in real-time.

"I think that enjoying performances at the actual festival venue would have been great but the online festival was the best we could get right now. I was very satisfied," said Park Byung-rok, a 43-year-old businessman living in Seoul.