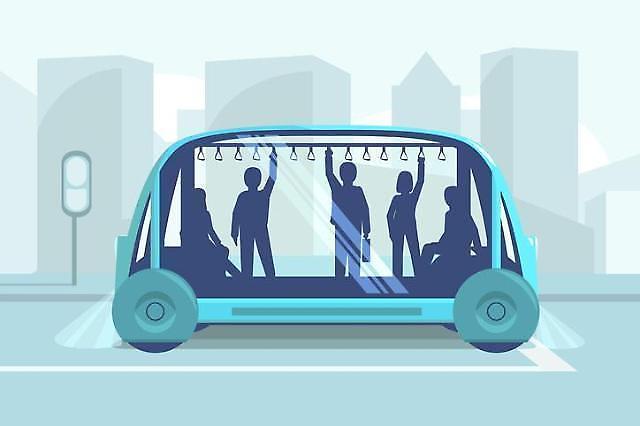 
SEOUL -- Through a state-funded project, the southeastern port city of Ulsan will develop and demonstrate technology related to road infrastructure and traffic systems for self-driving shuttles that will be tested over roads stretching over 30 kilometers (18.6 miles) that cover urban areas and tourist hot spots.

Ulsan said in a statement on October 20 that the project will begin this month and end in December 2022 after testing the efficacy of developed technologies. It would interlink with a real-time on-road information system called "Cooperative Intelligent Transport System (C-ITS)" that provides traffic situations such as sudden bottlenecks and stray obstacles.

The development of C-ITS will be led by the Ministry of Land, Infrastructure and Transport as well as Korea Expressway Corporation, a state expressway operator. When C-ITS is installed, autonomous vehicles will communicate with each other and on-road facilities such as traffic lights, CCTV cameras to prevent accidents and improve the speed of traffic.

Sejong with a smart city infrastructure built from its development stage is South Korea's heart of autonomous technologies. The city's roads are wide and straight with lesser traffic compared to other crowded cities, making them ideal for testing self-driving cars. In June, Sejong revealed its blueprint for a rusted platform for the verification of autonomous driving using blockchain technology. A trusted platform refers to a module using technologies that verify and protect the digital identities of self-driving cars and their systems. The module protects self-driving cars against hacking attacks.