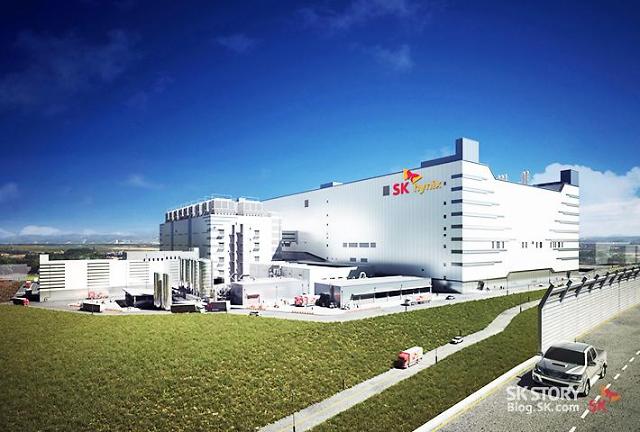 
SEOUL -- SK hynix, a major computer memory chip producer in the world, sealed a deal worth $9 billion to acquire Intel's NAND memory and storage business. Through the transaction, SK hynix secured a strong foundation to become the second-largest player in the world's NAND flash market that has been led by Samsung Electronics.

Through the deal, SK hynix said in a statement that it aims to enhance the competitiveness of its storage solutions and build a portfolio of high value-added products. "I am pleased to see SK hynix and Intel's NAND division, which have led the NAND flash technology innovation, work to build the new future together," said SK hynix CEO Lee Seok-hee.

SK hynix said its overseas subsidiary would absorb Intel's production facilities in Dalian and the NAND SSD business unit by the end of 2021, with the first payment of $7 billion. Intel will transfer the remaining assets including intellectual property related to the manufacture and design of NAND flash wafers, R&D employees and the Dalian fab workforce by March 2025.

Intel intends to invest transaction proceeds to advance its long-term growth priorities such as artificial intelligence and 5G networking. "This transaction will allow us to further prioritize our investments in differentiated technology where we can play a bigger role in the success of our customers and deliver attractive returns to our stockholders," said Intel CEO Bob Swan.

In a regulatory filing, Deloitte, an audit and consulting firm, gave a positive assessment of the deal, saying that no evidence has been found to determine that it is inappropriate in terms of importance. Citing favorable market conditions, the audit and consulting firm said that the expansion of big data, artificial intelligence and 5G industries would have a positive impact on the growth of the semiconductor industry.

SK hynix, is building the world's largest semiconductor cluster in Yongin, about 40 kilometers (25 miles) south of Seoul. In the cluster aimed at maintaining a competitive edge over Chinese companies, the company plans to build four fabrication plants and house about 50 equipment, parts and material makers.

SK hynix has said it would actively respond to demands for high-capacity server modules and improve profitability by expanding sales of 10-nano second-generation mobile DRAMs. It also plans to start mass-producing 10-nano third-generation products in the second half of this year.