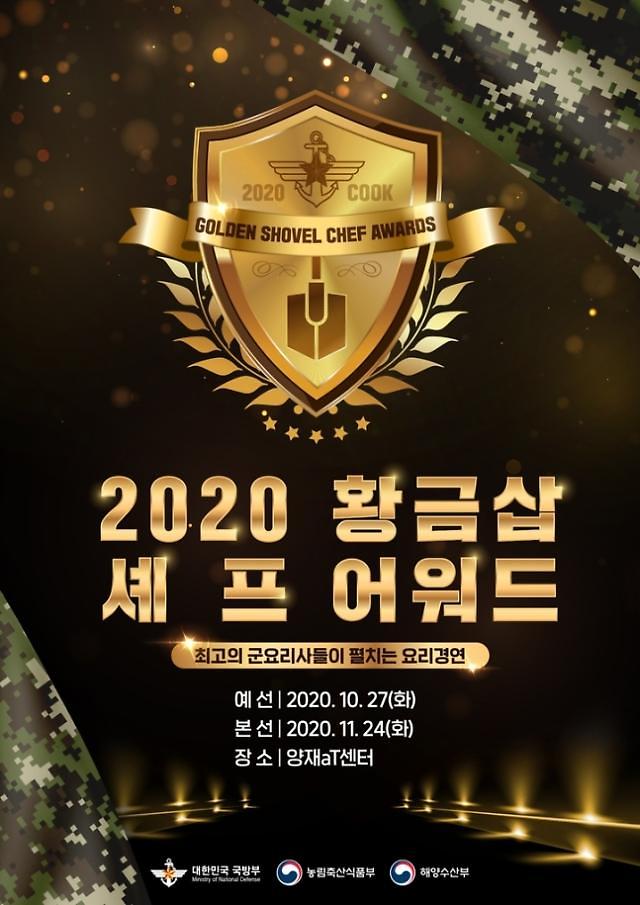 [Courtesy of the Defense Ministry]

The preliminary round of "Golden Shovel Chef Awards" on October 27 at a convention center in southern Seoul involved 16 teams, the defense ministry said, adding eight teams would compete in the finals on November 24.

"We hope that this cooking competition, in which the best selection teams of the Army, Navy, Air Force, and Marine Corps compete, will give our food handlers a chance to have pride in their cooking work while allowing many soldiers to enjoy the excellent new meal menu," Defense Minister Suh Wook said in a statement.

At the contest co-sponsored by the Ministry of Agriculture, Food and Rural Affairs and the Ministry of Oceans and Fisheries, judges will evaluate the taste, creativity and suitability of meals using domestic food materials. Top teams would receive various awards as well as employment links for companies after being discharged from the military.

"We will continue to work together to provide soldiers with fresh and safe local agricultural products and educational opportunities for the right diet," said Agriculture, Food and Rural Affairs Minister Kim Hyun-soo.