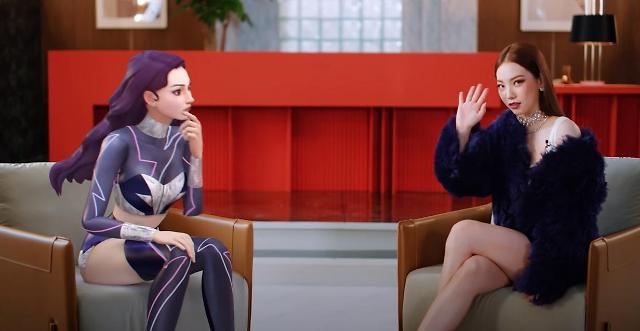 
SEOUL -- SM Entertainment founder Lee Soo-man predicted a big change in the entertainment industry thanks to new technologies such as artificial intelligence and avatars that would create a "super-large" virtual world and innovative content that has never been seen before.

"The development of artificial intelligence technology and avatar will create a super-large virtual world. New content that has never been seen before will be created," Lee said in an online speech at a forum in Seoul on October 28.

"More and more changes will be made to the human lifestyle by technological advancement," Lee said, adding the future world will be a world of celebrities and robots. "These days, the public spends their time at home due to social distancing caused by COVID-19, but their interest and needs toward celebrities and entertainment are getting higher."

With the development of AI technology, Lee said individual-specific avatars would be born and permeated into lifestyles. "You may be able to share and communicate life with the avatars of my favorite celebrity like a friend," he said. "Beyond the boundary of industries, countless operators will collaborate toward a new area of entertainment."

SM's new girl band aespa, which will debut in November, heralds the beginning of future entertainment as it will demonstrate "a completely new and innovative concept that transcends the boundaries of real and virtual worlds," Lee said. So far, SM has disclosed two Korean members, Winter and Karina.

aespa is a combination of "æ," which expresses "Avatar X Experience," and "aspect," which means double-sided. SM said the group would showcase innovative and diverse activities based on the view of meeting another self and experiencing a new world.

In a video clip released by SM, Karina was seen talking with her avatar. She said she got shocked when she received a message from her avatar. "I thought I was throwing up my heart. I couldn't believe it until she told me a secret that only I knew."

SM is home to K-pop bands such as Girls' Generation, SHINee, EXO, NCT and SuperM. Lee has been praised for transforming the landscape of South Korea's music scene into a stage full of dance performances based on group choreography, strong and rhythmic hip-hop beats and electronic sounds. In 2019, he formed SuperM, a boy band comprised of SM's top artists.