KG Dongbu Steel relocates plant in China to home base in S. Korea 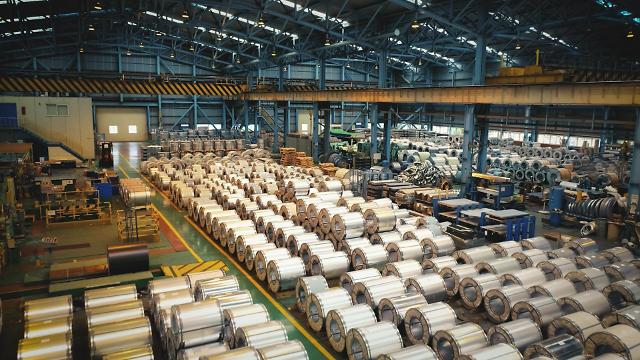 SEOUL -- KG Dongbu Steel, a steel company in South Korea, will build a new plant at its home base in South Chungcheong Province after closing its furnace in China. Dongbu, which is South Korea's fifth-largest producer of steel products in terms of sales, has carried out restructuring to strengthen its international competitiveness.

Under an agreement with South Chungcheong Province, the steel company will invest 155 billion won for three years from 2021 to build a new plant for cold-rolled and plated products in Dangjin, 70 kilometers (43 miles) southwest of Seoul. The steel company has run an electric furnace in Dangjin.

The agreement followed KG Dongbu Steel's decision to shut down its plant in the coastal Chinese province of Jiangsu. South Chungcheong Province Governor Yang Seung-jo hailed it as the country's largest "reshoring" since the outbreak of COVID-19 earlier this year. Reshoring is the process of returning the production and manufacturing of goods back to a company's original country.

"We will spare no financial and administrative support to help KG Dongbu Steel settle down well and develop its business," Yang said in a statement.

Dongbu was the first company in South Korea to produce cold-rolled steel sheets in 1967. In September 2019, KG Group, a second-tier conglomerate, acquired the steel company which had been managed by creditors for rehabilitation. "With the goal of 'world best,' we will turn Dangjin into an export forward base," said KG Group Chairman Kwak Jae-sun.