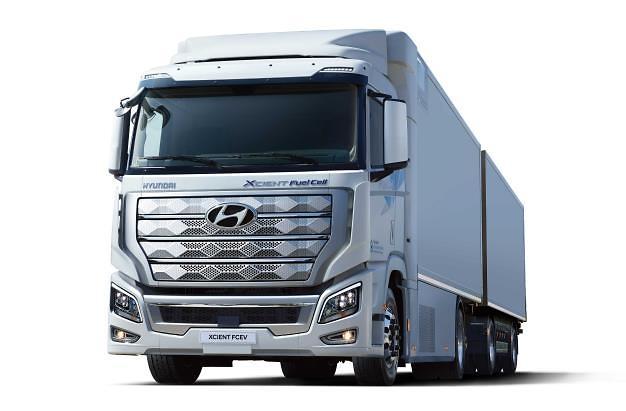 SEOUL -- In an effort to secure a stable sales network in overseas markets, South Korea's Hyundai auto group has established distribution networks in northern and southern China respectively in cooperation with regional partners, with the goal of selling some 27,000 fuel cell trucks by 2030.

The auto group said it has signed a memorandum of understanding with regional partners in the Yangtze Delta, which comprises Shanghai, southern Jiangsu province and northern Zhejiang province, and the Beijing-Tianjin-Hebei economic zone to build a business cluster for selling, leasing and charging. "China is one of the markets with the greatest potential," said Hyundai's commercial vehicle division head Lee In-cheol.

Hyundai has modified its Xcient truck to produce a fuel cell model capable of delivering a travel range of about 400 kilometers (248 miles) on a single charge. The Xcient fuel cell truck is powered by a 190-kW hydrogen fuel cell system. Seven large hydrogen tanks offer a combined storage capacity of around 32.09 kilograms of hydrogen. The group started shipping the first batch of hydrogen-powered heavy-duty trucks to a client in Switzerland in July.

The auto group leads a government campaign to replace combustion engines gradually with hydrogen fuel cells and electric batteries. South Korea has unveiled a roadmap to secure its firm leadership in the global market by producing 6.2 million fuel cell vehicles by 2040.