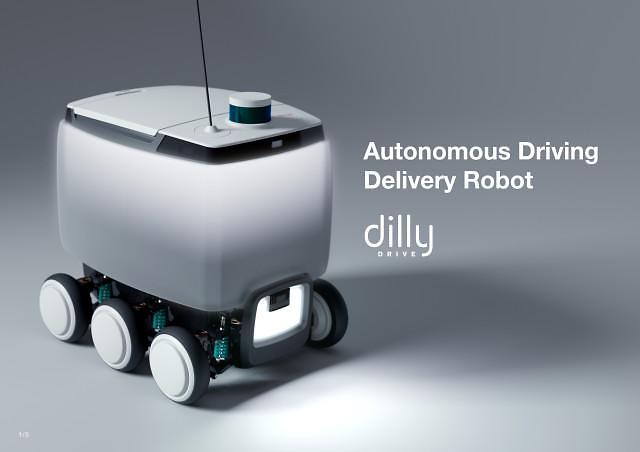 SEOUL -- A self-driving robot capable of traveling between floors will roam freely through an apartment complex for the delivery of food to the front door of each household next year. The robot departs from a restaurant in the apartment's shopping mall, passes through the main entrance on the first floor, and takes an elevator to arrive at its destination.

"Our services will be further upgraded through this partnership," Woowa head Kim Beom-jun said in a statement released on November 4. The company would test its new robot at a residential and commercial complex in Suwon south of Seoul in the first half of next year.

In August, Woowa deployed food delivery robots in Suwon that can travel from restaurants to the entrance of apartments. When residents and visitors order menus using a delivery app, robots waiting at a station deliver food or drinks from restaurants and cafes. The robots can deliver six lunch boxes or 12 drinks at a time.

Woowa has joined hands with Hyundai Elevator, the largest elevator and escalator producer in South Korea, to commercialize a system that would allow an autonomous service robot to travel between floors.

So far, Woowa's food delivery robots have been deployed in controlled environments such as an apartment block or an office district. However, the company is confident of commercializing delivery robots that can travel through crowded urban streets and react sensitively to the movements of automobiles, bicycles, children and pet dogs. South Korea's food delivery market is growing rapidly due to a COVID-19 pandemic.