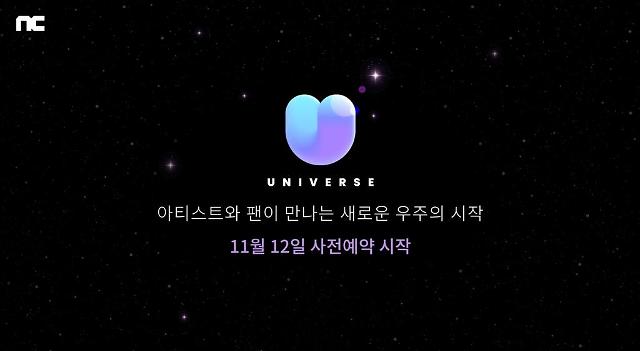 SEOUL -- NCSoft, a major South Korean game publisher, will release a new all-in-one K-pop platform for global fans in 2021 to meet the market's demand for safe and fun online communities that offer a variety of entertainment features such as real-time concerts and shopping. The move followed the global success of a playground for fans of K-pop wonder BTS.

K-pop representing South Korea's music industry in the global entertainment market has seen steady growth, led by BTS and BLACKPINK, to secure a firm position as one of the world's top trending genres of all time. As of 2019, online K-pop and K-drama fan clubs have more than 99 million members worldwide, according to the Korea Foundation, a non-profit public diplomacy organization.

KLAP, a subsidiary of NCSoft, said in a statement on November 5 that it would release "UNIVERSE," a K-pop fandom platform, globally next year. Through the platform, fans can participate in online and offline activities. The software developer would start receiving pre-registrations on November 12.

UNIVERSE will become an online nest where K-pop artists can communicate with fans and share original content in real-time, KLPA said, adding it would adopt new technologies such as artificial intelligence to provide a differentiated service. The names of artists who would nest in the new platform were not disclosed.

Through Weverse, an online fan community platform created by Big Hit Entertainment, BTS has changed the paradigm of concerts by holding two live concert sessions in June and October this year to attract some two million fans worldwide. The online concerts came after BTS canceled its tour due to a COVID-19 pandemic.