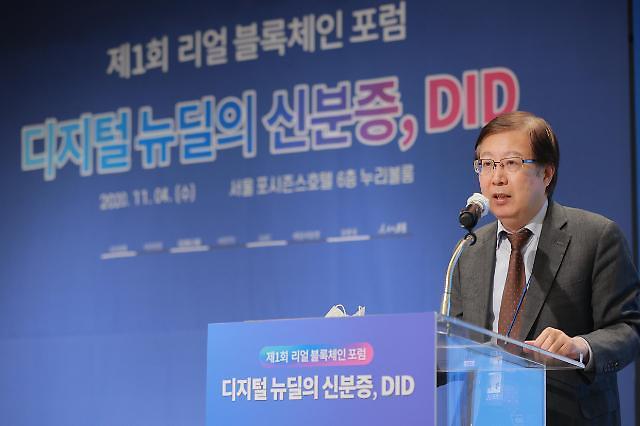 
SEOUL -- South Korea's state internet watchdog regards decentralized identity, a new type of encrypted identifier that normally uses public keys to establish secure communication channels, as a killer app in the age of blockchain, saying the identification system is the best technology to guarantee what he called "digital trust."

The Korea Internet & Security Agency (KISA) has been at the forefront of a national campaign to introduce decentralized identity (DID) by leading a consortium of banks, telecom companies and state bodies. The agency would introduce a mobile ID card utilizing a near-frequency-communication (NFC) system and QR codes of smartphones at its headquarters in November.

"The core value of the new world brought by COVID-19 is 'digital trust,' and the best technology to guarantee it is DID," KISA head Kim Seok-hwan told a forum on November 4. "DID is a killer app in the age of blockchain," he said, emphasizing South Korea's participation in international standardization, support for digital vulnerable groups, the improvement of related legal systems and the vitalization of pilot projects.

"Currently, control over data is held by centralized platform companies, but DID is a tool to go to a society where individuals control data and provide data according to individual needs," Kim said, calling for preemptive government action to prevent public confusion with the establishment of specific goals for a new identification system.

The agency would improve functions next year to increase the use of DID mobile identification to public libraries or non-contact identification platforms for local organizations. LG CNS, the information technology wing of LG Group, has partnered with Evernym, a software company that develops decentralized, self-sovereign identity applications, to push for the development of ID cards using DID that will replace international driver's licenses and passports.