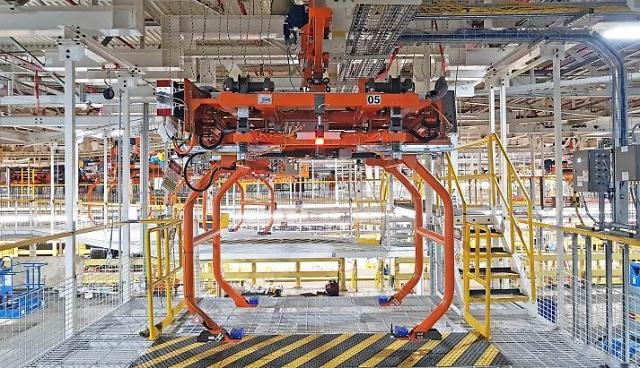 SEOUL -- Hyundai Rotem, a subsidiary of South Korea's Hyundai auto group, has secured an order worth 76.3 billion won ($68.4 million) from American carmaker Ford to build transport facilities that will carry key parts such as engines, chassis frames, and doors inside car factories.

Hyundai Rotem said that the company won an order to set up transport facilities in Ford's factories in Argentina, South Africa and Thailand by 2022. "We are upgrading our competitiveness based on our business experiences in car manufacturing sectors such as car body panel press, chassis production, painting and transport," a Hyundai Rotem official was quoted as saying.

Hyundai Roten had worked with Ford for a 280 billion won car manufacturing facility project in Mexico in 2008. With its know-how and ability to build optimal production facilities through its rich business experience, the company targets the global market for electric vehicle production facilities.