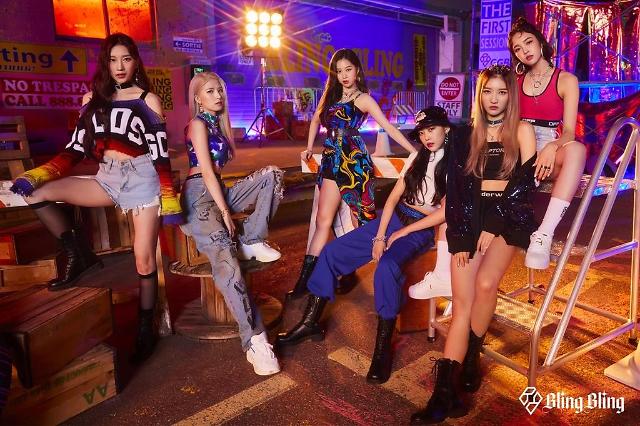 SEOUL -- Bling Bling, a six-member K-pop girl group, will make its double debut in South Korea and Japan simultaneously this month, according to the band's agency, MAJOR9. The group will release "G.G.B," a single electronic dance music track on November 17.

It was the first girl group formed by MAJOR9, which has talented artists such as Vibe, Ben and Kim Dong-jun.