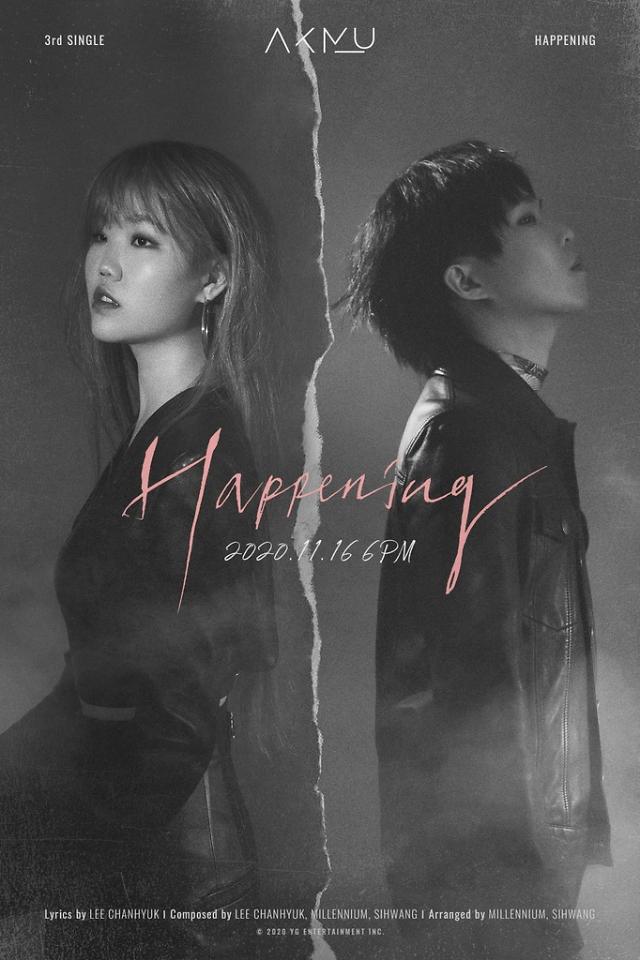 
SEOUL -- Brother-sister duo band AKMU will come back to the music scene with a new single track on November 16.

YG Entertainment, the band's agency, said in a statement on November 10 that AKMU will release "HAPPENING". The band had been on a 14-month hiatus since it released the official album "Sailing" in September last year.

The family duo band, formerly known as Akdong Musician, received the spotlight in South Korea's competitive music scene in 2012 when it appeared in the second season of "KPOP STAR," a cable TV survival music audition show.