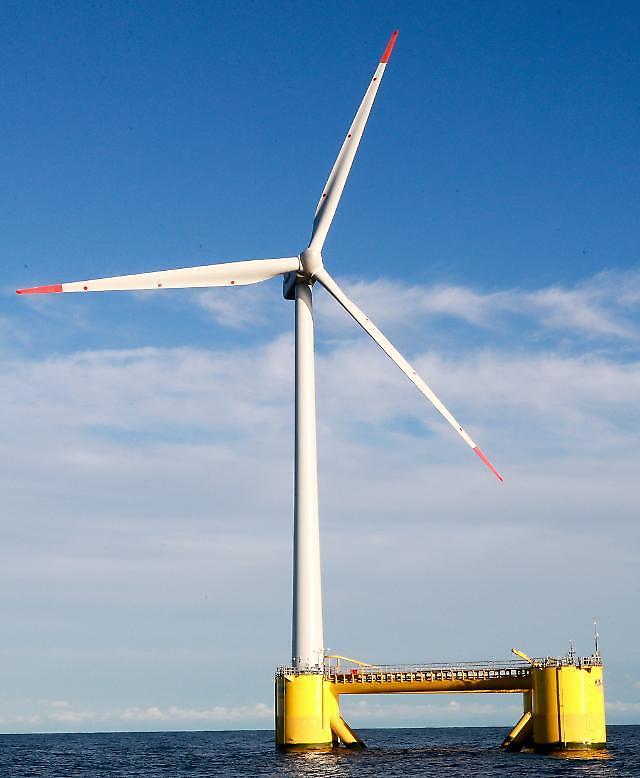 Offshore wind farms built on the surface of deep sea can generate more electricity than those set up in shallow waters. They consume less space compared to other renewable energy sources such as solar power plants and can survive extremely harsh environmental conditions. According to Fortune Business Insights, a market research firm, the global market for floating wind farms is growing at an annual growth rate of 49.9 percent to reach $9.3 billion by 2026.

SK E&C said in a statement on November 19 that the company has signed a memorandum of understanding with 15 companies. Domestic members included Doosan Heavy Industries & Construction and LS Electric while foreign companies included Van Oord of the Netherlands and Jan De Nul, a Luxembourg-based company.

Through a one-team-operation (OTO) deal, SK E&C and other companies will work as a team to participate in wind farm projects. "Through this agreement, we will closely cooperate with diverse stakeholders to develop technologies, discover business opportunities continuously and achieve shared growth," SK E&C CEO Ahn Jae-hyun was quoted as saying.

Through cooperation with foreign companies, SK E&C said it would secure core technologies related to floating facilities and develop a model optimized for the domestic environment. The company has been involved in wind farm projects in South Korea, which has pushed for the wider introduction of wind power to reduce the use of fossil and nuclear energy.

The southeastern industrial port city of Ulsan has pushed for a major floating wind farm project in line with a government campaign to step up the use of wind, solar and other types of renewable energy. The Seoul government has called for the localization of technologies related to floating offshore wind farms by 2025.