Fatal motorcycle accidents up due to upsurge in food delivery orders 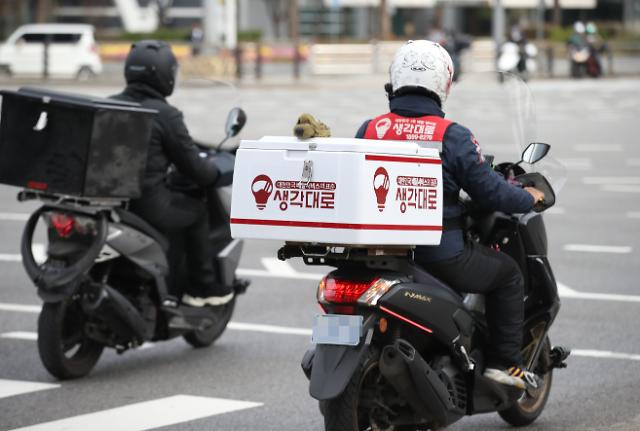 SEOUL -- The death rate of motorcycle riders was up this year in South Korea mainly due to slippery roads caused by the longest-ever rainy season and an upsurge in food and grocery deliveries. South Korea's food delivery industry saw its busiest year in 2020 due to social distancing that prompted people to eat delivered food at home.

According to data released by the National Police Agency and the Ministry Land, Infrastructure and Transport on November 25, 446 people were killed in motorcycle accidents in the first ten months of this year, compared to 409 a year earlier.

Deliverymen have been driven to their limit, sometimes resulting in death from overworks or reckless driving. It is common to see deliverymen violating traffic lights and driving across pedestrian crossings to save time in urban areas. Some riders drive recklessly to earn about 3,000 won ($2.71) per run. The faster they drive, the more they earn.

To protect riders and reduce accidents, some food delivery services have persuaded customers to leave messages calling for slow delivery. Coupang, the South Korean counterpart of Amazon, allows deliverymen to carry one menu from a single restaurant per run while making compensations with higher delivery fees.