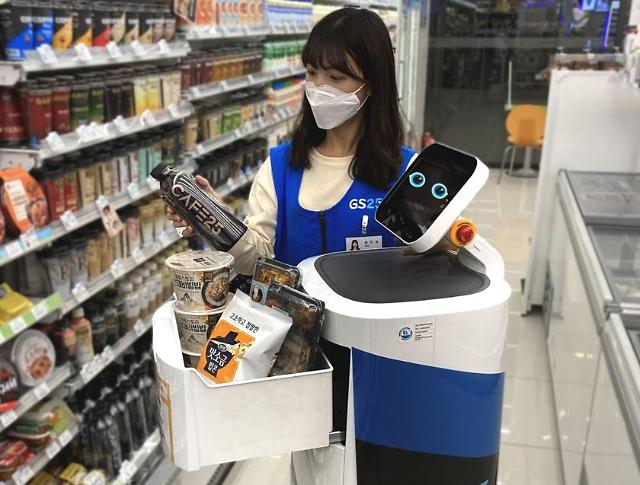 SEOUL -- An autonomous grocery delivery robot developed by LG Electronics was put into test operation at a convenience store in South Korea. The robot has closets with a built-in lock and security system to prevent robbery. A control tower system was introduced to monitor the robot's status remotely and manage delivery schedules.

The test began in a building at LG's research and development complex in western Seoul to collect data that will be used to upgrade user experiences and the convenience of its robot delivery service solution based on CLOi ServeBot, a lineup of service robots used at hotels, hospitals, offices and airports.

LG said in a statement on November 30 that the grocery delivery robot can carry a payload of up to 15 kilograms (33 pounds). On orders through a smartphone messenger app, the robot loaded with products use elevators to move between floors for delivery runs.

"To keep up the pace with the growing non-face-to-face service market, we will continue to create new customer values using robots that can easily be encountered in daily life," an unnamed LG official was quoted as saying. In an effort to accelerate the commercialization of autonomous serving robots, LG has deployed CLOi robots at medical laboratories and restaurants.