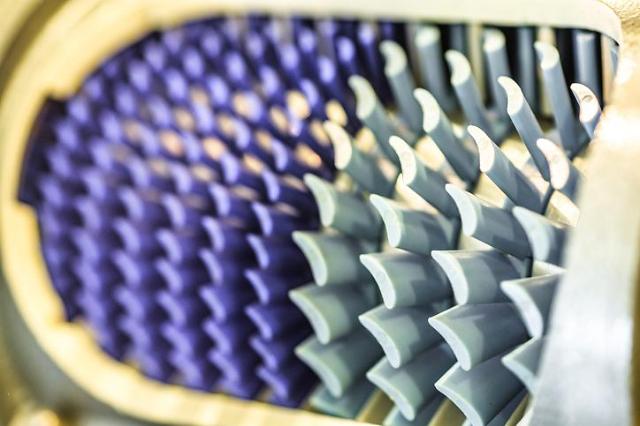 As a bridge power in energy conversion, the development of a standard model of gas turbines for liquefied natural gas power generation will be promoted, the ministry said, adding the government would carry out 15 LNG-powered gas turbine demonstration projects by 2030.

"Energy conversion and carbon neutrality are a big challenge, but they are now a trend that cannot be ignored," Sung said in a statement. "In order to maintain stable supply and demand of electricity in the energy conversion process, LNG power generation needs to be expanded for the time being, and for this, it is urgent to achieve self-reliance in gas turbine technology."

Policymakers have described independence in gas turbine technology as an important task in terms of energy security. All 149 gas turbines operating at power plants in South Korea are from overseas Companies. Gas turbines have become one of the most widely-used power generating technologies because they reduce the emission of fine dust and other air pollutants.

A task force involving private companies, state bodies and research institutes was launched in February to push for the early commercialization of gas turbine power generation, based on a prototype developed by Doosan Heavy Industries & Construction. They agreed to work together on standardizing designs, developing cycle equipment and key components.

In September 2019, Doosan Heavy, a key contractor in South Korea's energy industry, unveiled DGT6-300H S1, a gas-fueled power gas turbine model, becoming the world's fifth country to have gas turbine technology after the United States, Germany, Japan and Italy. The home-made gas turbine will be supplied to a 500MW cogeneration power plant to be built in Gimpo west of Seoul for commercial operations in 2023.

Sung's office said that research and development would be carried out in 2021 to start developing a follow-up model and secure independent core technologies for highly efficient gas turbines.