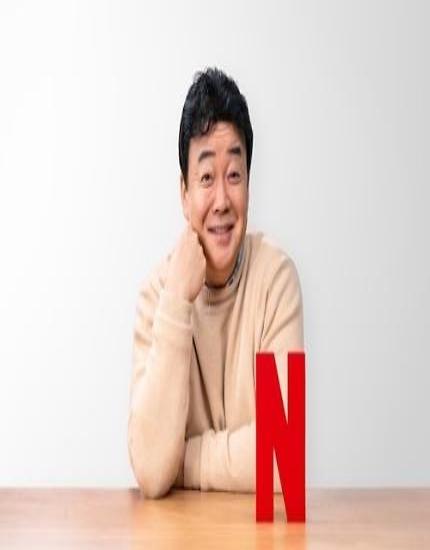 SEOUL -- South Korea's celebrity "chef-tainer" Baek Jong-won, who has hosted a number of cooking-related TV programs, will make his international debut through a reality talk show to be launched by Netflix, the world's most popular over-the-top video-on-demand service. The program will show Baek drinking and talking with people from various fields representing South Korea.

This would be the first Netflix reality series that introduces Korean alcohol, food and culture to global viewers. The timing of the release has yet to be decided. As CEO of Theborn Korea, which runs various franchises and makes its own taste and brands by identifying the trends and needs of consumers, Baek has a huge influence on Korean homemade food culture by introducing dishes cooked with simple ingredients.

Baek, 54, is also known as a food researcher, but his popularity is based on his TV appearances that gave viewers the pleasure of making food. The recipes he showed have been answered by many people on social network services (SNS), with his savory accent and folksy attitude contributing to his popularity.

Since he opened his own franchise, Baek has visited many tasty restaurants at home and abroad to accumulate food knowledge and secure diverse recipes. Now, he aims to distribute online content introducing Korean food to foreigners.