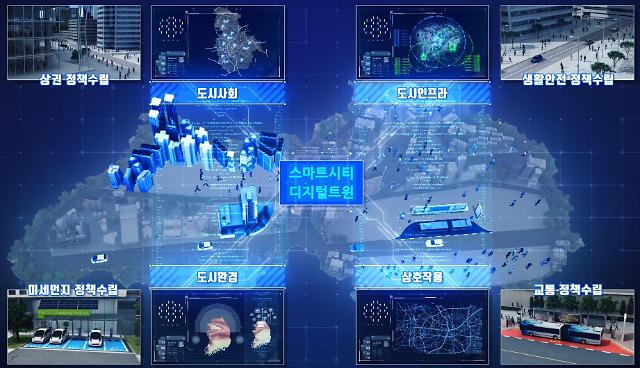 SEOUL -- A state research institute will create the digital twin of a city that would work as a virtual testing environment for various administrative policies without the risk of harming the city's actual infrastructure.

A digital twin is a virtual clone of an object or an infrastructure. Researchers use digital twins as testing grounds for new technologies or other elements to see what kinds of results they might bring without causing an irreversible effect in real life. If the virtual clone is destroyed or mangled beyond repair, a new model can be recreated.

The Electronics and Telecommunications Research Institute (ETRI) said in a statement on December 8 that the institute has signed a memorandum of understanding with the central city of Daejeon with a population of some 1.5 million to create a digital twin platform where city officials can test new road infrastructure, apply new policies covering health, education and social welfare, and predict results.

The application of new technologies and policies to the digital clone of Daejeon will later be used to turn it into a smart business city. "We will solve city problems and upgrade civil services using the latest technologies such as artificial intelligence, information communication technology and digital twin," Daejeon Mayor Heo Tae-jeong was quoted as saying.