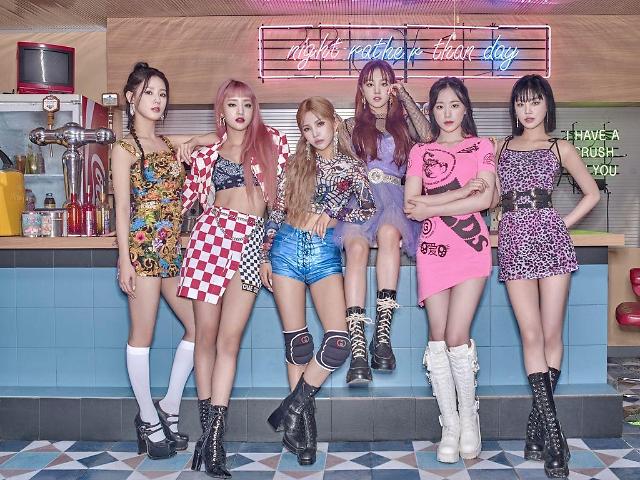 SEOUL -- K-pop girl band (G)I-DLE will return to the music scene in January next year with a new album, the six-member band's agency said.

The year 2020 should have been the band's best year as (G)I-DLE signed a contract with Republic Records, an American record label owned by Universal Music Group, to target the North American music scene. However, the K-pop band was grounded at home due to the COVID-19 pandemic and canceled its world concert tour.

"(G)I-DLE aims to make its comeback in mid-January by making every effort in preparing a new album," CUBE Entertainment said in a statement on December 9. The band released "DUMDi DUMDi," a single, in August.

CUBE did not say whether (G)I-DLE will start its promotion in the United States next year. When the band called off its world tour in April, Republic Records promised to support the band's quick rise to global stardom.

(G)I-DLE garnered popularity in December 2018 when members Soyeon and Miyeon collaborated with Riot Games, the operator of the world's most popular PC game "League of Legends," and American singers Madison Beer and Jaira Burns to form "K/DA," a virtual K-pop girl band.

The music video created a phenomenon on YouTube and boosted the popularity of the game worldwide. K/DA released its first EP in November this year including "THE BADDEST," a single track.