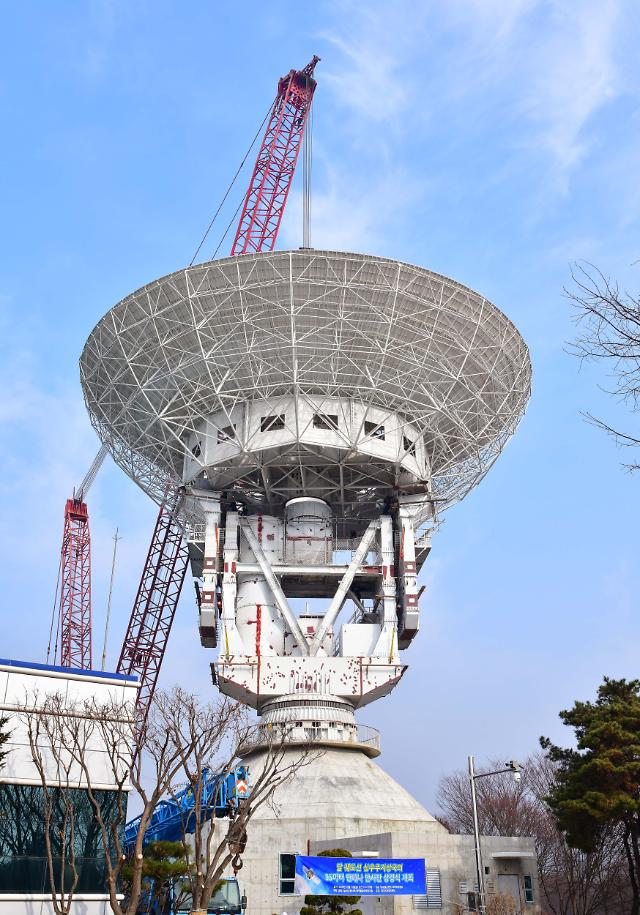 
SEOUL -- South Korea's lunar exploration mission to launch a lunar orbiter in 2022 made important progress by installing the reflector of a space antenna at a ground control tower. The lunar orbiter will search for a candidate site for landing and test space internet communication during its one-year mission.

SK Broadband, which is in charge of establishing an antenna system, installed the hemispherical antenna reflector with a diameter of 35 meters and a weight of 100 tons on the foundation bed in Yeoju, 55 kilometers (34 miles) southeast of Seoul, the Ministry of Science and ICT said in a statement on December 11.

The antenna reflector will be used to control the motion of the Korea Pathfinder Lunar Orbiter (KPLO), which is to reach the moon in December 2022, while collecting and sending out radio waves, the ministry said, adding a ground station would be completed in March 2022. South Korea aims to launch the lunar orbiter aboard a Falcon-9 rocket manufactured by SpaceX.

The lunar orbiter will carry various equipment, including NASA's ShadowCam that can map the reflectance within the permanently shadowed regions to search for evidence of frost or ice deposits. The camera will address the lack of information required to reduce risk, increase effectiveness, and improve the designs of future human and robotic missions.

South Korean scientists have been allowed to participate in NASA's development of a payload system for lunar landers that would be used for a program to land humans on the moon by 2024. NASA officials have said the lunar landing program is not meant to be a redo of the Apollo missions when six two-man crews reached the moon's surface for stays lasting no more than three days.