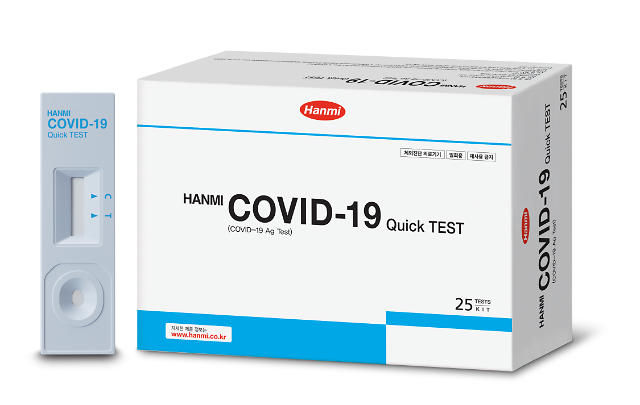 SEOUL -- Hanmi Pharmaceutical, a major drugmaker in South Korea, will release a quick COVID-19 antigen test kit in early February in the domestic market. It is good for the early diagnosis of suspected respiratory infections because test results can be shown in 30 minutes by dropping samples taken from the nasal cavity to the kit like pregnancy diagnosis.

Hanmi said its COVID-19 quick test has received emergency use authorization from the World Health Organization (WHO) for showing 90 percent sensitivity and 96 percent specificity. Due to its ease of use and speed, it is good for the early diagnosis of suspected respiratory infections.

Tests using Hanmi's test kit can only be conducted through medical personnel. Even if the test is positive, health authorities will make a final decision through a real-time polymerase chain reaction (RT-PCR) method that amplifies specific DNA samples. The PCR method takes hours to get results but it has been used widely due to reliability. Rapid test kits have been approved only for urgent surgery, but health officials have eased their tough stance to introduce a rapid inspection of vulnerable facilities such as nursing and mental hospitals.