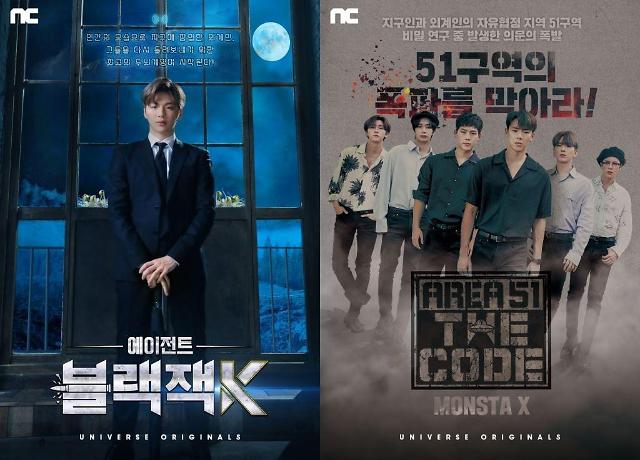 "Starting with Kang Daniel and MONSTA X, we will form a lineup of 11 teams to offer fresh and interesting adventures inside UNIVERSE's unique world," KLAP said. Other content will be co-created by NCSoft and KLAP.

UNIVERSE was designed after WEVERSE, a social media which has been operated by Big Hit Entertainment to provide fan communities for various artists including BTS as well as online shopping. The killer feature of WEVERSE is its ability to broadcast online concerts and events. In 2020, BTS changed the paradigm of concert events by holding two live online concert sessions to attract some two million fans worldwide.

To jumpstart its K-pop fan community platform, NCSoft forged a partnership with CJ ENM, the entertainment wing of South Korea's CJ Group, in early January to set up a joint venture that would combine their content development and production capabilities. CJ ENM partnered with Big Hit in 2020 to create "I-LAND," a music audition show to produce a new K-pop band.

NCSoft and KLAP will also produce music, pictorials and videos. On January 16, IZ*ONE will release its digital single as the first runner of the original music content. UNIVERSE will provide K-pop content by combining IT technology and entertainment such as artificial intelligence, motion capture, and character scanning.