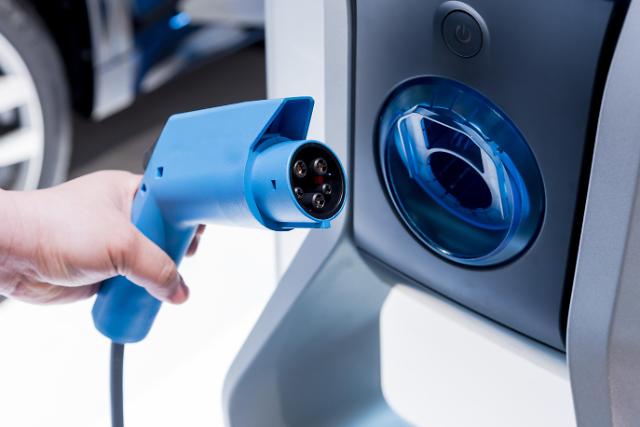 SEOUL -- In a bid to accelerate the popularization of electric vehicles and upgrade existing charging infrastructure, South Korea is demonstrating ultra-fast charging stations capable of fully charging a vehicle in just 20 minutes on the southern resort island of Jeju.

The Ministry of SMEs and Startups said in a statement that the ministry and Jeju have jointly started a pre-commercialization test for 100 kilowatt-class ultra-fast EV chargers. The resort island was designated as a regulation-free zone for testing and demonstrating EV technologies.

Normally, it takes at least 40 minutes to fully charge an EV using a 50 kilowatt-class rapid charger. The ultra-fast charger consists of a charging system and an energy storage system (ESS), making it capable of delivering high voltage continuously. ESS is basically a large block of battery that can store and distribute electricity. The ministry said EV charger developers had problems in commercializing chargers fused with ESSs.

Ministry data showed that about 100,000 EVs are in service in South Korea, compared to 1,300 rapid chargers deployed in public places, megastores and parks. Many EV owners rely on using power plugs at their homes. It takes about nine hours to fully charge an EV equipped with a 64-kilowatt-hour battery using a charger plugged into an ordinary power plug. In 2020, the government revealed a blueprint to deploy 15,000 rapid chargers and 500,000 ordinary chargers by 2025.