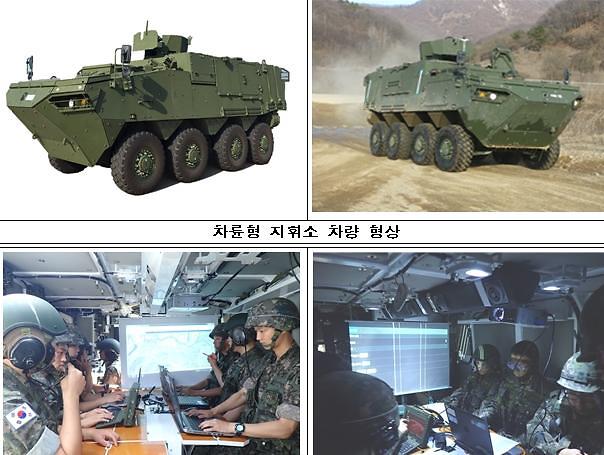 
SEOUL -- South Korea's military has completed the development of a wheel-type command post vehicle that would ensure the survival of frontline infantry units through the application of armored plates and positive air pressure equipment that can protect against chemical and biological warfare. It also enables a real-time grasp of combat situations as well as effective command and control in a network operational environment.

The vehicle maintains a higher pressure inside than that of the surrounding environment to protect against chemical and biological warfare.

The armored command post vehicle equipped with tactical tires carries a modern command and control system, which greatly improves the operational capability of the command center, the Defense Acquisition Program Administration (DAPA) controlled by the defense ministry said in a statement on January 25. Mass-production will begin in 2022.

Responding to calls for the replacement of tent-type field command posts, which are vulnerable to artillery and chemical threats, the military has launched a project led by Hyundai Rotem, a Hyundai auto group subsidiary, to develop a command post vehicle. DAPA said that development costs were significantly reduced because the vehicle was based on existing armored vehicle bodies and components.

"We hope that the successful development of wheel-type command post vehicles that enables network command and control in a future battlefield environment will greatly improve the mobility and viability of infantry command posts," Cho Hyun-ki, a senior DAPA official, was quoted as saying.