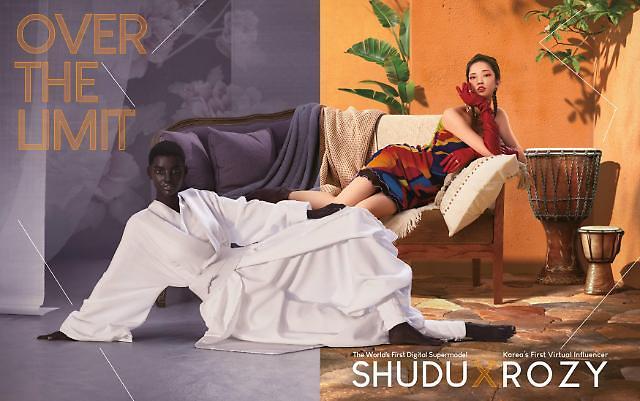 
SEOUL -- Shudu, a digital supermodel created by a former British fashion photographer, will collaborate with Rozy, a virtual social media influencer in South Korea. An image showing them together was released on Rozy's Instagram account, heralding their joint work.

Sidus Studio X, a virtual influencer business subsidiary of Locus, a major content creator in South Korea, said on January 25 that Rozy and Shudu would work together for their first collaboration. Details were not given. Rozy is a digital figure with about 12,000 followers.

Sidus Studio X, which created Rozy, plans to implement movements of a model through video beyond 3D technology-based images. "There is a lot of demand in the entertainment industry that wants to use virtual influencers for business," the company said, adding it has yet to decide on a specific business model.