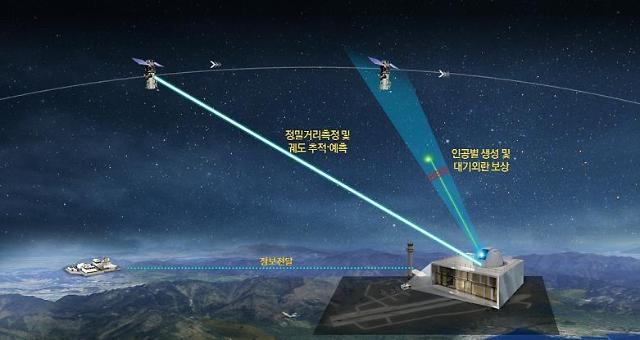 SEOUL -- For military use, South Korea will work on the development of technologies to track and identify space objects and satellites with lasers in response to calls for defensive measures against space-based weapons. South Korea has a long way to go, but the final goal is to develop a laser weapon system capable of destroying "killer satellites."

The development of satellite tracking technologies was endorsed on January 27 at a meeting involving military officials, the Agency for Defense Development (ADD) and the Defense Acquisition Program Administration (DAPA) controlled by the defense ministry.

South Korea's airforce established a satellite monitoring unit in September 2020 as part of the "Space Odyssey" project to have a space monitoring system by 2030, launch satellites from the air using transport planes by 2040, and have deterrence capabilities against the threat of space weapons by 2050.

In November 2020, Hanwha Systems, a key defense contractor in South Korea, was selected to lead a five-year state project involving state research bodies and academic institutions to develop a laser tracking system that can accurately track space objects, as well as advanced adaptive optics technology used to improve the performance of astronomical telescopes..