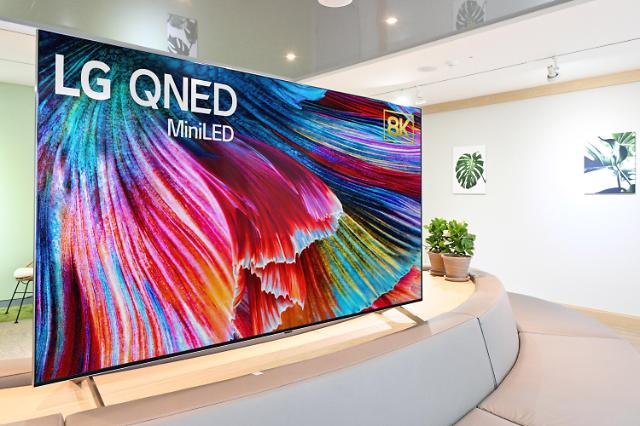 SEOUL -- LG Electronics made a good record in earnings in 2010 partly thanks to a trend of social distancing triggered by a COVID-19 pandemic that boosted sales of home appliances, premium TVs and IT devices worldwide. However, its smartphone business was still mired in the quicksand of perennial slump with no other exits but to think about a new way.

In 2020, LG Electronics posted a tenfold increase in its net profit to two trillion won ($1.78 billion). Operating profit soared 31.1 percent on-year to 3.2 trillion won, while sales were up 1.5 percent to 63.2 trillion won. However, earnings were undercut by the company's loss-making phone business which has been in the red since the second quarter of 2015.

LG Electronics said that its mobile communication division posted an operating loss of 841 billion won in 2020, down from 1.01 trillion won a year ago despite efforts to win over consumers with premium models such as a dual-screen smartphone. The company has strived to make a turnaround in its mobile business, relocating its smartphone production base to Vietnam.

LG Electronics admitted that it's time to make "the best choice" over the future of its smartphone business. "It is time to make the best choice by judging the competitiveness of the present and future. We are currently closely examining the direction of business operations, leaving all possibilities open," the company said in a statement on January 29.

In 2021, LG Electronics will launch a new model with a rollable OLED display in an effort to catch up with Samsung Electronics and Apple, but it's not enough to quell widespread speculation among market watchers that LG may have to take drastic steps such as the withdrawal of its smartphone business and put more resources into other viable sectors such as robotics, organic light-emitting diode technology and vehicle components.

LG Electronics has beefed up its EV parts-making capabilities to manufacture infotainment systems and powertrain parts for carmakers. In December 2020, LG Electronics and Canada's mobility technology company Magna International agreed to establish a joint venture targeting the electric vehicle powertrain market that is growing rapidly thanks to the popularization of eco-friendly vehicles.

At a conference call on January 29, LG said it would consider various measures "so that our core mobile technologies can create synergy with future businesses." "Mobile technology is an important asset for smart home appliances and automotive electronics businesses as well as terminals," the company said, calling for continuous research to respond timely to global technology trends.

"We are currently looking for the best plan by comprehensively considering the operation of human resources, synergy with our future strategy, and financial aspects," LG said.