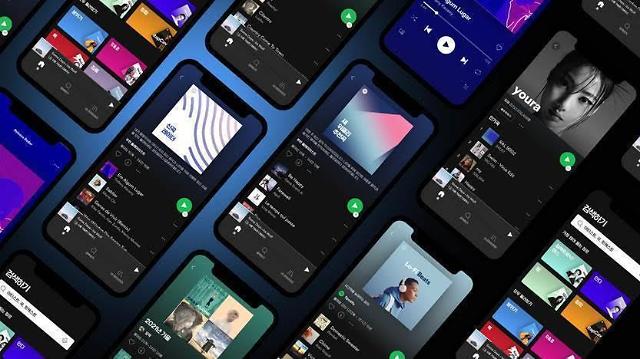 
SEOUL -- Spotify, the world’s most popular audio streaming subscription service, launched its service in South Korea with a tailored music experience such as expertly curated and regularly updated music across a range of popular genres and personalized music recommendations and discovery features.

Spotify's service is available from February 2. The Stockholm-based digital music service said in a statement that it would offer an innovative technology framework, everyday new music discovery, algorithmic recommendations personalized to each listener's music taste and the freedom to engage with Spotify across a wide range of devices and app integrations.

"We're looking forward to working even closer with the entire Korean music industry to uncover more artists and connect them with fans in Korea and the world, while also continuously working on providing an ever-improving, unrivaled listening experience to Korean listeners," Spotify's chief freemium business officer Alex Norstrom was quoted as saying.

With over 60 million tracks and over four billion playlists, Spotify has promised to help accelerate the growth of South Korea's entire music streaming ecosystem, describing South Korea as a market recognized as an epicenter for music, culture and tech innovation. Spotify's service comes amid growing competition among South Korean online music services which have attracted active users mainly with daily and weekly song charts refreshed in real-time.

Playlists made exclusively for South Korea offer expertly curated and regularly updated music across a range of popular genres, Spotify said, adding that billions of creator and fan-built playlists were added to the mix, along with a playlist for any mood or moment.

Spotify said its music recommendation engine allows local listeners to enjoy personalized discovery features with up to six individual playlists combining favorite tracks with new songs, a personalized playlist of new music based on most followed artists and updated every Friday,  and a playlist based on unique listening habits.

In South Korea, new listeners can try out seven days-free on their mobile phone with no credit card information and three months-free with credit card information, if subscribed before the end of June 2021. The premium individual service allows subscribers to play downloaded music without internet connection and enjoy music with no ad interruptions, while the two-person service offers two separate accounts all in a single bill.

It's too early to analyze the impact of Spotify's service in South Korea, but the initial response was not so favorable with some consumers pointing to the lack of a K-pop library.

"Spotify does not have many popular K-pop songs owned by local services such as Kakao M, Genie, and Bugs," said Deficiency," a user from South Korean tech community Clien. "I've tried using Spotify for the last few hours and its library of South Korean songs is very small. I think I'll go back to other services," said MF.

More critical users predicted that it's not easy for Spotify to expand its influence in South Korea unless it provides full access to K-pop songs. However, fans who love foreign songs welcomed Spotify. "I only listen to foreign hip-hop songs. So I am happy as it is," said a Clien user nicknamed Noble Eater. Another user Weezer said: "I am totally satisfied because I don't listen to K-pop."

Many speculate that the lack of a K-pop library is because domestic online music services exclusively own rights for songs released by certain entertainment agencies. The South Korean version of Apple Music also faces a similar problem. South Korea's online music service market has been led by Melon operated by Kakao M, and Genie operated by KT. Kakao M, the entertainment wing of South Korean web service giant Kakao, has a dozen singer and actor agencies.

Melon, the country's largest music library, owns exclusive global distribution rights for songs of Kakao M artists. YouTube Music is the only foreign music service that provides content owned by Kakao M in South Korea. Other music services such as Genie and Bugs own exclusive rights for songs of selected artists. Their strategy is to attract huge groups of fans and provide an online playground via music platforms. Commonly, the selection of music fan communities depends on exclusive content offered by music services.