Drones to be used for heat map in populated city areas 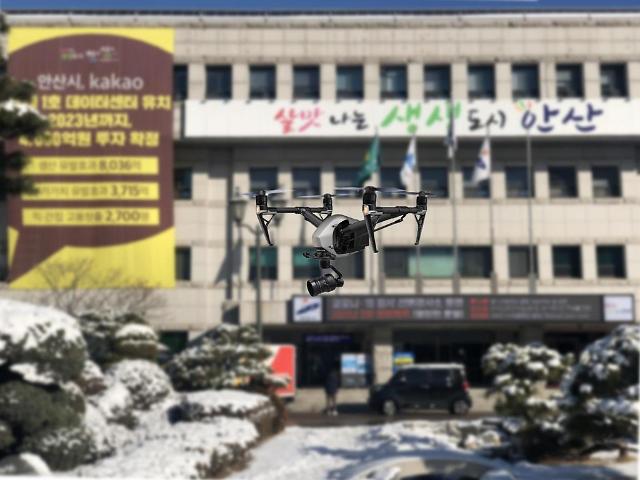 SEOUL -- Drones will be utilized to create a heat map in densely populated city quarters to protect citizens from heat waves during summer. The map will help city dwellers avoid hot places or take shelter during extreme heat by using a smartphone app.

According to the Korea Disease Control and Prevention Agency, 4,536 were hospitalized and 48 people died due to heat illnesses when an unusually long hot season swept across South Korea in 2018, torturing field workers and old people with a high temperature of over 40 degrees Celsius (104 degrees Fahrenheit).

Ansan, an industrial city southwest of Seoul with a population of 655,700, said in a statement on February 5 that it would use drones to create heat maps by the end of 2021. In 2015, South Korea began developing heat maps that mainly showed information about urban areas affected by heat generated by thermal power plants, energy storage systems and other heat sources, along with information about heat consumption.

However, government-run heat maps provide no information about heat islands or areas that are often affected by heatwaves. Heat islands are urban areas that experience high temperatures. Urban structures such as buildings, roads and other infrastructure absorb and re-emit heat more than natural environments such as forests or rivers.

Drones are frequently used for administrative monitoring purposes to check the structural integrity of hard-to-reach places such as the top part of a factory's chimney or the space between bridge trusses. Sometimes drones are used for monitoring trespassers in real-time at national parks.