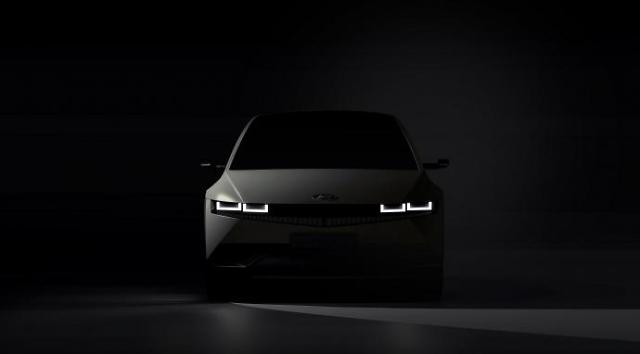 SEOUL -- South Korea's Hyundai auto group denied any discussion with U.S. technology giant Apple about the development of autonomous vehicles in an apparent bid to dispel rampant speculation and unconfirmed rumors about a potential deal that could have a far-reaching impact on the U.S. electric vehicle market.

"We are not discussing with Apple about the development of autonomous vehicles," Hyundai Motor said in a regulatory filing on February 8. A similar post under the title of "joint development of self-driving electric vehicle" was made by Kia Motors, affiliated with the auto group, which has an assembly plant in West Point, Georgia.

"Many companies are requesting cooperation with our company in joint development related to autonomous electric vehicles, but nothing has been decided as it's in the early stage," the two automakers said, responding to unconfirmed news reports that Apple is close to finalizing a deal with the auto group to manufacture an Apple-branded autonomous electric vehicle at Kia's plant in Georgia.

The sudden announcement sparked fresh speculation over the potential deal, but the auto group gave no further details. The group would release its IONIQ 5 midsize crossover utility vehicle installed with a dedicated new battery platform in March in Europe, signaling the start of its full-fledged campaign to replace combustion engines gradually with hydrogen fuel cells and premium electric batteries.

Under a strong push by group head Chung Eui-sun, Hyundai has diversified its business portfolio into robotics and urban air mobility including air taxis. While other carmakers focus on electric vehicles using lithium-ion cells, Hyundai has touted hydrogen fuel as an alternative to solve global problems such as pollution and restore resource depletion because of its eco-friendly characteristics. Chung has described hydrogen fuel cell vehicles as suitable for autonomous driving.

In 2019, Hyundai Motor partnered with Aptiv, a technology company with advanced mobility solutions, to form a joint venture that would advance the design, development and commercialization of level 4 and 5 autonomous technologies. Level 4 autonomous vehicles require no input from drivers if there is no dangerous situation and level 5 vehicles do not require human attention. The joint venture will have a production-ready autonomous driving platform available for robot taxi providers, fleet operators, and automotive manufacturers in 2022