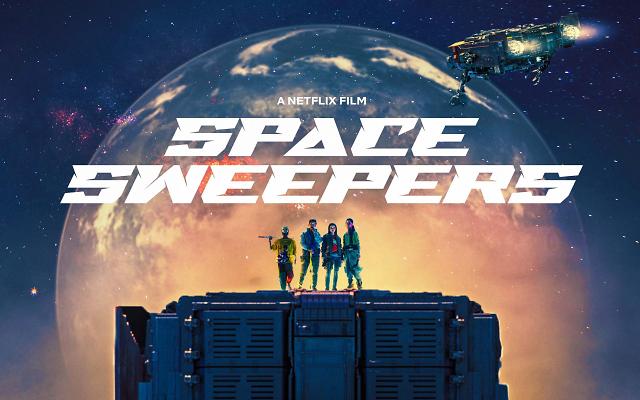 South Korea with a 1.9 trillion won ($1.6 billion) box-office in 2019 has a strong lineup of films in genres of action, horror, melodrama, and comedy, but sci-fi films that mainly depict time travel and alternate futures have failed to attract moviegoers. Previously, there were a few children's animation series set in space. Space Sweepers is South Korea's first de facto space opera film.

According to FlixPatrol, a video-on-demand (VOD) and streaming content ranking service, Space Sweepers starring actor Song Joong-ki and actress Kim Tae-ri has become the most popular film in the world on February 8. The second one was "Finding Ohana," a Netflix Original film directed by Jude Wang.

Space Sweepers depicting the epic adventure of space cleaners that make their living by collecting debris was created with a budget of 24 billion won ($21.4 million), which is relatively low compared to Hollywood counterparts such as the 2017 film "Valerian and the City of a Thousand Planets ($180 million)," directed by Luc Besson, and the 2015 film "Jupiter Ascending ($179 million)," directed by Lana Wachowski and Lilly Wachowski.

Space Sweepers was originally scheduled to hit the South Korean box-office in 2020. However, its release was postponed due to the COVID-19 pandemic that prompted people not to visit crowded places. The film was released on February 5.