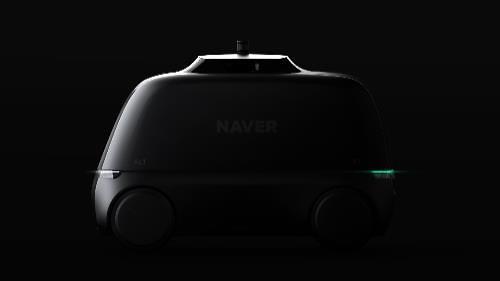 SEOUL -- South Korea's artificial intelligence technology developer Naver Labs will test an on-road autonomous robot platform at a self-driving vehicle testing ground near Seoul. The platform's service will be interlinked with Naver's other robot services to deliver parcels inside a tech campus scheduled to open in late 2021.

Naver Labs said in a statement on February 8 that the on-road autonomous robot platform called "ALT" was put to a test run in Seongnam, a southeastern satellite city of Seoul. The robot platform will be tested for its efficacy and compatibility with other robot services.

ALT, whuich uses autonomous driving technology to deliver parcels, will be interlinked with other robot platforms such as "AROUND," an indoor robot platform that can navigate inside buildings to deliver food or parcels. The interlinked service will be provided for employees that will move into a new Naver tech campus later this year.

"We will continue to cooperate with our partners to offer more natural services in actual environments," Naver Labs' autonomous technology head Peck Jong-yoon was quoted as saying. ALT is equipped with high-definition map-making technology.

Service robots have been widely adopted at hotels, hospitals, and other multi-purpose facilities to guide visitors, deliver room service, and help visitors check-in and out. Woowa Brothers, the operator of South Korea's favorite food delivery app Baedal Minjok, carried out a series of tests in 2020 to demonstrate outdoor and indoor food delivery robots.