​Solo singer Sunmi to come back with new album 'Tail' 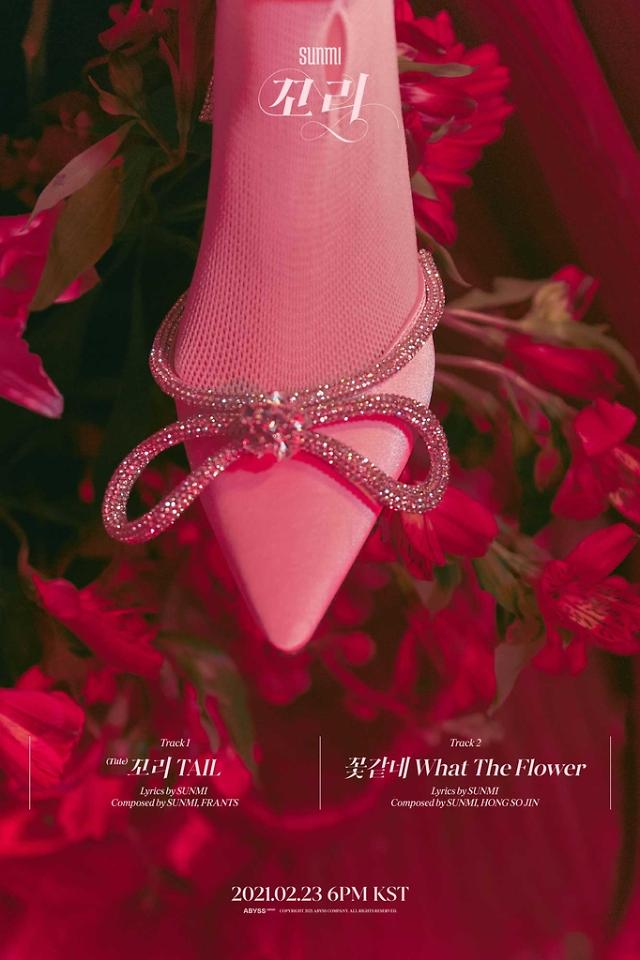 SEOUL -- Solo singer-songwriter Sunmi will return to the music scene with a new album "Tail" in February. The ex-member of Souh Korea's e defunct girl band Wonder Girls is one of iconic K-pop female solo artists with unique music styles.

Abyss Company, the 28-year-old's agency, said in a statement that Sunmi would come back on February 28. The singer unveiled the names of two songs "Tail" and "What The Flower" through a teaser poster. The full list of songs will be revealed later.

According to Abyss, Sunmi has co-composed Tail with FRANTS, a Big Hit Entertainment producer also known by his nickname "Acid Punk Dynamite." Sunmi and FRANTS had worked together in "Nalari" and "Siren".