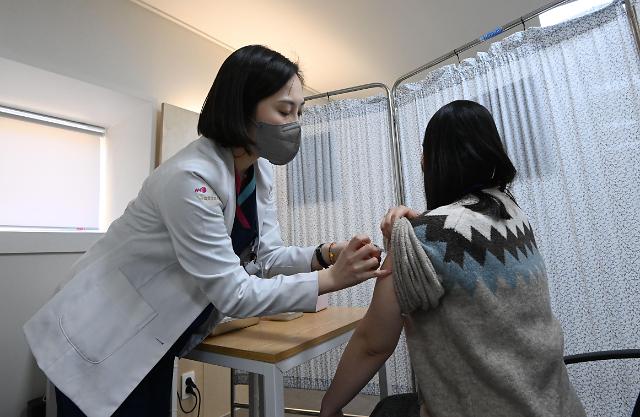 SEOUL -- South Korean health officials heaved a sigh of relief after securing new deals for the additional purchase of COVID-19 vaccines for 23 million people that included a protein-based vaccine developed by Novavax, amid growing public jitters over the delayed release of home-made vaccines and the relatively slow introduction of proven foreign products.

The introduction of the Novavax vaccine for 20 million people will begin in the second quarter of this year, according to the Korea Disease Control and Prevention Agency (KDCA). It will be the first foreign vaccine to be produced in South Korea through technology transfer. SK Bioscience would produce the antigen of the Novavax vaccine, along with a production partnership with AstraZeneca PLC, a Swedish-British pharmaceutical company.

"This will not only contribute to securing South Korea's vaccine development source technology but also provide an opportunity to establish a stable vaccine supply base," KDCA said in a statement on February 16. The agency also agreed on the additional introduction of Pfizer-BioNTech's vaccine for three million people that would arrive from late March. In an earlier deal, Pfizer-BioNTech agreed to ship its vaccine for 10 million people.

With new deals, South Korea is able to purchase foreign vaccines for 79 million people, which are enough to vaccinate the entire population of 51 million. Health officials set expectations on a consignment production contract between Novavax and SK Bioscience. AstraZeneca's vaccine is the first to be introduced in South Korea, but it will not be used for old people over 65 who are more at risk of serious disease and death.

South Korea has been cited as a classic example of effective epidemic control, but social fatigue and stress are now rampant across society as many people are exhausted by an endless period of social distancing and economic losses. The government has stressed that there would be no change in the government's timetable to vaccinate about 70 percent of the entire population by the end of September and achieve collective immunity two months later.

South Korea has approved clinical trials for three DNA vaccines, three recombinant vaccines and one viral vector vaccine. SK Bioscience has promised to develop safe vaccines through the protein culture and refining platform of an antigen produced with gene recombination technology. In January, Novavax said that in clinical trials in Britain, the vaccine had an efficacy rate of 89.3 percent.

The novel coronavirus is studded with proteins that it uses to enter human cells. Spike proteins make a tempting target for potential vaccines and treatments. The Novavax vaccine using a synthetic antigen method works by teaching the immune system to make antibodies to the spike protein, while messenger RNA (mRNA) vaccines teach our cells how to make a protein that triggers an immune response for the production of antibodies.