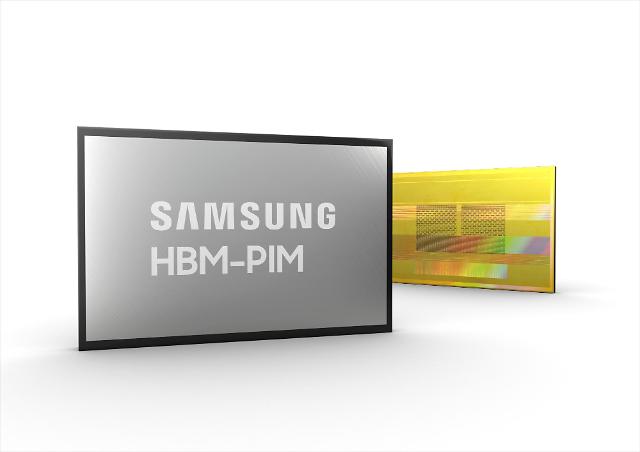 SEOUL -- Samsung Electronics claimed to be "industry-first" in developing a high bandwidth memory (HBM) integrated with artificial intelligence processing power that does not require any hardware or software changes, allowing faster integration into existing systems. It can be applied to general products such as smartphones through technology development.

Computing systems are mainly based on the von Neumann architecture, which uses separate processor and memory units to carry out intricate data processing tasks that require data to constantly move back and forth, resulting in a system-slowing bottleneck especially when handling ever-increasing volumes of data. High bandwidth memory (HBM) is a high-speed computer memory interface used in conjunction with high-performance graphics accelerators, network devices and in some supercomputers.

"Our groundbreaking HBM-PIM is the industry’s first programmable PIM solution tailored for diverse AI-driven workloads such as HPC, training and inference," Park Kwang-il, a senior vice president of Samsung's memory product planning, said in a statement on February 17. Samsung said its HBM-PIM is now being tested inside AI accelerators, with all validations expected to be completed within the first half of this year.

Samsung said its HBM-PIM brings processing power directly to where the data is stored by placing a DRAM-optimized AI engine inside each memory bank, enabling parallel processing and minimizing data movement. When applied to Samsung's HBM2 Aquabolt solution, the new architecture delivered over twice the system performance while reducing energy consumption by more than 70 percent.