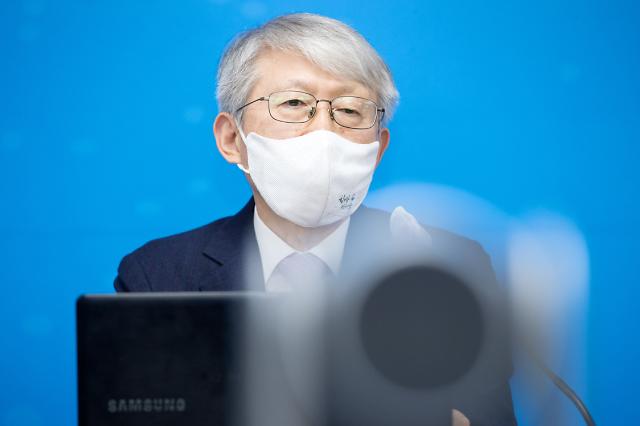 South Korea is trying to unveil a "completely new concept" of test devices through joint work by hospitals, research groups and companies, Science and ICT Minister Choi Ki-young said in a news conference on February 22. "I think there is enough time to introduce it by March," he said, referring to a test device using saliva.

For quick and extensive tracking, the Korea Centers for Disease Control and Prevention (KCDC) has suggested that it would consider adopting a combination of easy saliva sampling and nasopharyngeal swabs for the real-time polymerase chain reaction (PCR) method that amplifies specific DNA samples. KCDC director Jeong Eun-kyeong regards PCR testing based on nasopharyngeal swabs as the most accurate method, but she has said that her agency would consider adopting easy sampling.

South Korean pharmaceutical companies have a roadmap to release vaccines in early 2022, Choi said. "I think it will be possible to develop a home-made COVID-19 vaccine early next year unless there are special variables," he said, pledging full government support for the development of domestic vaccines and cures. "We don't know how long the effect of vaccines will last and there are many variants, so we can't rely on foreign products, vaccines. In preparation for this, it is imperative to have a domestic vaccine and treatment development platform."

The Seoul government hopes to vaccinate about 70 percent of the entire population. South Korea has approved clinical trials for three DNA vaccines, three recombinant vaccines and one viral vector vaccine. SK Bioscience has promised to develop safe vaccines through the protein culture and refining platform of an antigen produced with gene recombination technology.