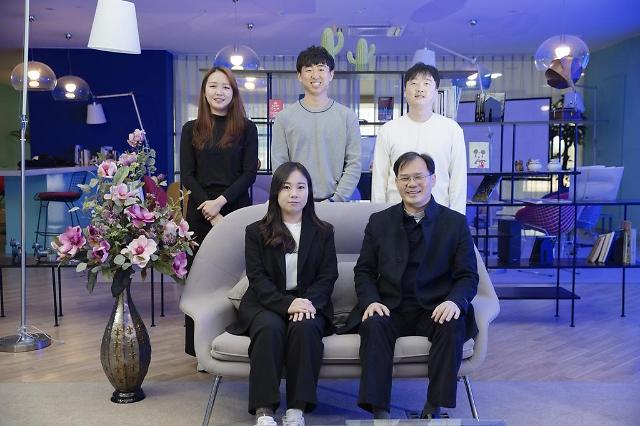 SEOUL -- A state research institute has developed a molecule-based magnetic thin film for spin-thermoelectric energy conversion. The film capable of converting heat energy into electricity is seen as a next-generation energy conversion tool that can be used in many products such as clothing and accessories to create electricity.

Spin-thermoelectric generation is based on the Spin Seebeck Effect (SSE), an emergent thermoelectric phenomenon that enables energy to change its form through a thermal-to-electrical conversion process. The process takes place when temperature differences between two dissimilar electrical conductors, or magnetic insulators, produce a voltage difference. When heat is applied to one of the two conductors, heated electrons will flow to a cooler one, generating electricity.

Such a novel energy conversion technique is considered a promising next-generation power generation method as it is highly efficient at retrieving energy from waste heat. It is also eco-friendly and compact in size. However, magnetic insulators used in conventional spin-thermoelectric devices had to face challenges when they were to be created in large sizes due to a high manufacturing temperature that made materials brittle.

The Ulsan National Institute of Science and Technology (UNIST), a state research body, said in a statement on February 22 that its research team led by professor Yoo Jung-woo has developed a molecule-based magnetic thin film for spin-thermoelectric conversion.

UNIST said that the new film is more versatile and effective than conventional devices. The molecule-based film can be created into flexible nano-thin devices adhered onto home appliances, apparel, and other electronic devices. The film is also more effective in spin injection, a process involving the strong, short-range quantum mechanical exchange interaction of the injected spin-polarized electrons with the atomic spins, to convert heat into electricity.