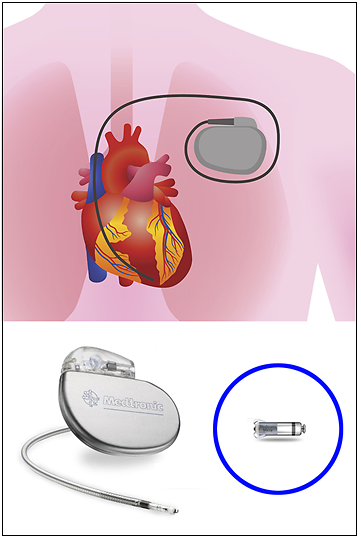 SEOUL -- A medical team at Seoul National University Hospital has succeeded in inserting small wireless pacemakers into the hearts of two patients with bradyarrhythmia in the first operation of its kind in South Korea where artificial pacemakers are used for thousands of people every year. The wireless pacemaker eliminates potential medical complications arising from a chest incision and from wires running from a conventional pacemaker.

Bradyarrhythmia describes a slow heart rate, typically defined as a rate of less than 60 beats per minute. In a worse case, it can not only cause dizziness and difficulty breathing but also lead to fainting and death. The fundamental problem is the aging heart, and an artificial pacemaker is used to help the heartbeat normally.

In an operation on February 24, wireless pacemakers were inserted into the hearts of two patients aged 80 and 67 each, Seoul National University Hospital said in a statement on February 26, adding the operation was successful because the pacemakers provided by the South Korean branch of Medtronic, an American domiciled medical device company, were worked "perfectly."

While most pacemakers are placed in a patient's chest with leads running to the heart, Micra, the world's smallest pacemaker produced by Medtronic, is a leadless pacemaker because it's implanted directly into the heart via a vein in the leg. The procedure requires no chest incision and does not create a scar or bump under the skin.