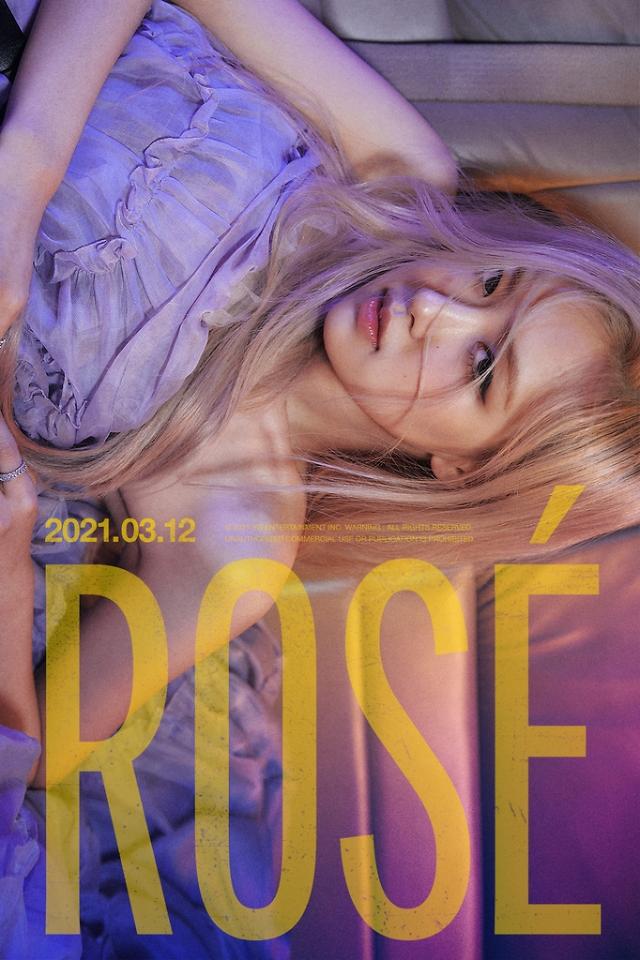 YG Entertainment unveiled a teaser poster for Rosé's solo album through its official blog on March 2. Details such as the number of songs included in the album were not disclosed. Rosé's long-waited solo debut was first mentioned by YG in 2019 after fans demanded that the musical spectrum of the four-member band should be widened.

Jennie was the first to go solo with a single track "SOLO" in 2018. YG had promised that other members would release solo albums. Rosé showcased her solo song "GONE" during BLACKPINK's fully-online concert on January 31. The teaser YouTube video for GONE has garnered more than 44 million views since it was released on January 26.