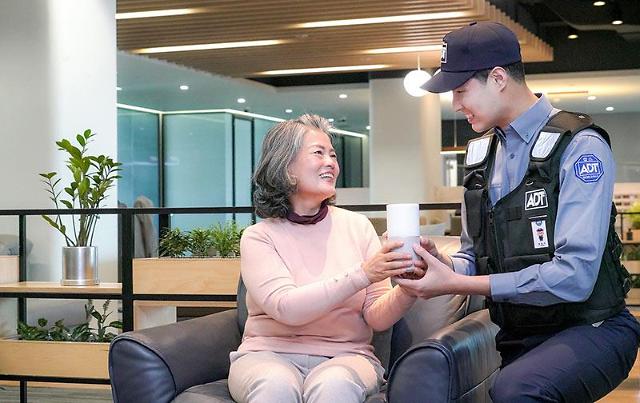 If an emergency SOS is called by voice command, ADT Caps' control center will try to make a call to customers and proceed with a rescue request to police or fire stations. If customers fail to receive more than three calls, there will be an unconditional request for the dispatch of rescuers. SKT provides an easy and comfortable voice service according to the language usage characteristics of senior customers by applying voice recognition and synthetic models.

South Korea, which is one of the world's most rapidly aging societies, is actively adopting various devices such as VR headsets, AI robots and IoT sensors. Some devices are already in operation at daycare centers for elderlies with geriatric diseases and cognitive disorders such as dementia and delirium. Data from Statistics Korea, a state-run statistical information service, showed that South Korea would become the world's most aged society by 2067.

AI voice assistant speaker-based care services were found to have increased the happiness of old people staying at their homes. In 2019, the government adopted an AI and big-data-based service to find people left in blind spots of communities. SKT has released various technologies for senior people such as an AI-based dementia detection system. Government officials predict that the number of dementia patients would reach about 3.3 million by 2060.