Daredevil surfers to be fined for ignoring storm warning 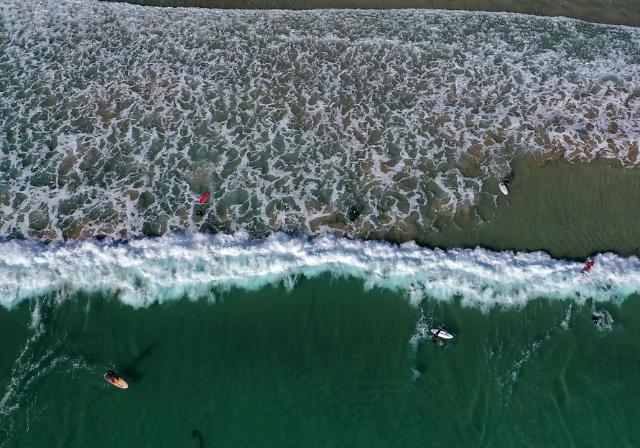 
SEOUL -- Four daredevil surfers have been caught for riding the waves while a storm warning was in effect. They will be fined for violating a marine safety law that requires permission from local authorities to use marine leisure equipment including surfing boards in bad weather.

The coastguard said in a statement on March 3 that the four were caught in the eastern port city of Sokcho. "Interest in marine leisure sports has increased greatly because of the COVID-19 pandemic," an unnamed coastguard official was quoted as saying.

According to the Korea Surfing Association, the population of surfers soared from 40,000 in 2014 to more than 200,000 in 2017. The association attributed the increase to changes in lifestyles, South Korea's work culture and working hours.

Towns located along the east coast including Sokcho, Yangyang, and Gosung are popular spots for surfing because of strong winds and high waves. The surfing season in South Korea begins in early March. The southern resort island of Jeju is also a popular surfing spot where surfers stay near the beach for days.