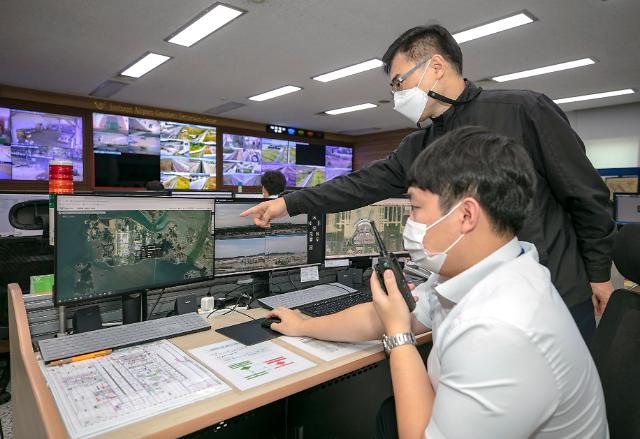 
SEOUL -- South Korea's main gateway in the western port city of Incheon will take stern legal action against those who fly drones around it to prevent disastrous accidents. The area around Incheon International Airport is a no-fly zone for drones, but drone operators have used hidden spots to avoid a crackdown. Some 80 cases of illegal drone flights were spotted near the airport from September 2020 to  February 2021.

Incheon International Airport is located in Yeongjongdo, an island with a beautiful view of the sunset favored by families and couples who wish to go on a sightseeing drive or picnic. While COVID-19 reduced airport traffic, the manmade structure has attracted illegal drone operators and airplane enthusiasts who are eager to film the tranquil gateway with planes harbored on runways.

Operating drones without permission from air traffic authorities will be slapped with a fine of up to two million won ($1,765) and other penalties, the operator of Incheon International Airport said in a statement on March 15, warning of civil lawsuits and criminal charges against unauthorized drone flights in a radius of 9.3 kilometers around the airport.

Drones can cause similar damages to a bird strike on airplanes. When it is sucked into the air intake of a plane, it could cause a disastrous accident. The airport operator set up a drone detection system in 2019 and partnered with military and police authorities to captured or shoot down illegal drones.