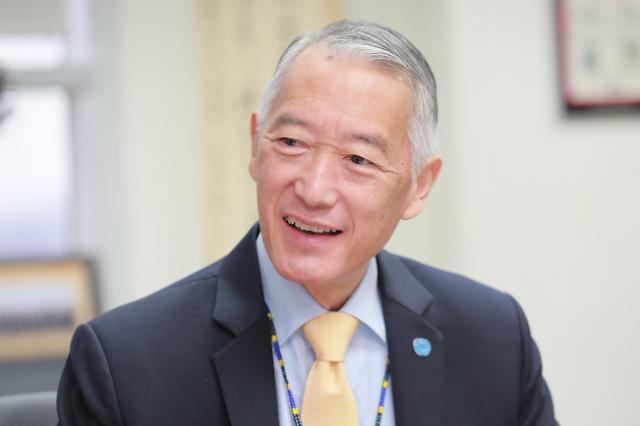 SEOUL -- Rich countries have stepped up efforts to ride out a COVID-19 pandemic through the quick acquisition of vaccines, or sometimes hoarding that sparked vaccine sovereignty and hampered a United Nations campaign to facilitate the transfer of technology and scientific knowledge for global production and vaccination.

Several African countries have begun receiving their first doses through the UN-backed COVID-19 Vaccines Global Access Facility (COVAX) scheme, but many nations in the continent have been left behind. UN Secretary-General Antonio Guterres has criticized the hoarding of excess doses of COVID-19 vaccines by some rich nations as "wildly uneven and unfair."

An institute affiliated with the UN Development Programme called for a global solution in vaccination, saying it could take two years or more to go back to normal. "In Korea, by the end of this year, worldwide it could be two years or more, depending on vaccine availability, distribution, and vaccination campaigns," Jerome Kim, head of the International Vaccine Institute (IVI) based in Seoul, said in an interview with Aju Business Daily.

"Individual countries have done better or worse, but the world as a whole may not recover for some time," Kim said. "The pandemic was proof of the power of infectious diseases and exposed scientific, social, and political shortcomings that in some cases, resulted in the needless illness and death of millions. We have no accurate reckoning of the cost -- not in lives, livelihoods, or broader societal measures. But there are some early 'silver linings' that, if we are smart, we can use to build again, better."

Still, Kim cautioned that vaccines do not necessarily prevent infection but prevent serious consequences. "If you think of COVID as a tiger, with 14 percent of people hospitalized and 1~2 percent of people dying, after vaccination if you become infected, COVID is like an alley cat, still nasty, but not lethal. Vaccination tames the infection."

Vaccines, which are in circulation worldwide, should work against COVID-19 virus variants in some test-tube data, but they work better at preventing severe disease and hospitalization than at mild disease, the IVI head said. Although early data suggest that current vaccines can handle mutants, Kim emphasized efforts to quickly vaccinate as many as possible and maintain high levels of mask use and social distancing.

Coronaviruses are a large family of Ribonucleic acid (RNA) viruses, and when RNA viruses replicate quickly, they often mutate. IVI has developed and delivered vaccines for global health. With his abundant experience in human immunodeficiency virus (HIV) vaccine research, the institute aims to develop a "universal" vaccine that refers to one powerful dose of immunization that can provide long-lasting protection for multiple influenza strains.

About 10 vaccines have shown an efficacy rate of more than 50 percent, and they appear to be efficacious against severe disease, hospitalizations and death, Kim said. "The caveat is that this is based on short-term data, and that we would ideally like to know that these effects are prolonged, that they apply to populations of cities and countries, and that they prevent transmission."

Kim advocates the development of vaccines and treatment medicines together, although vaccines are more cost-effective. "Both drugs and vaccines are important, but in terms of cost-effectiveness a vaccine wins, hands down. Better to prevent a disease than have to deal with it. However, if a person acquires COVID-19, having drugs that will improve outcomes, decrease hospitalizations and decrease deaths is very important."

Russian and Chinese vaccines largely failed to win international recognition because they were rolled out without final trial data on their efficacy and safety. WHO approval may provide an important guarantee to the quality of their clinical trial data and manufacturing practice, Kim said. "Based on published data, they appear to be safe and efficacious, though again, longer term follow-up is missing."

Vaccines being purchased by many countries are generally safe despite differences in reported adverse events. They showed very little difference against hospitalization but are mostly unknown against infection, Kim said.

South Korea has been cited as a classic example of effective epidemic control, but social fatigue and stress are now rampant across society as many people are exhausted by an endless period of social distancing and economic losses. There are growing public jitters over the delayed release of home-made vaccines and the relatively slower introduction of proven foreign products than some members of the Organisation for Economic Co-operation and Development (OECD).

Kim agreed that South Korea did a "great" job in controlling the pandemic through non-pharmacologic interventions such as testing, tracking, isolating and treatment. However, he voiced discontent in a roundabout way, suggesting that the Seoul government could have been more aggressive in securing vaccines. "The roll-out of vaccination seems to be smooth, but securing vaccines seems to be an issue."

During his inspection of SK Bioscience's plant in Andong on January 20, President Moon Jae-in called for vaccine sovereignty. "Our own vaccine development is very important in terms of allowing stable inoculation and establishing autonomy (in medical treatment) in case the coronavirus can't be eradicated in a short period of time."

With funds from the Coalition for Epidemic Preparedness Innovations (CEPI), an international foundation that finances vaccine research projects, SK Bioscience, a partner for South Korea's state project to develop COVID-19 vaccines, has promised to develop safe vaccines through the protein culture and refining platform of an antigen produced with gene recombination technology.

"Korean companies are firmly in the 'second wave' and will provide products under contract or license with some of the manufacturers funded by CEPI, the U.S. and Britain, but as an opportunity to exploit new technologies or to highlight the strength of Korean vaccine R&D and manufacturing speed, quality, (and) capability, we probably did miss an opportunity," Kim said.

In the balance, the IVI head said the South Korean government has done very well. "In terms of the non-vaccine response, it is difficult to be that critical of a democracy that was able to avoid country-wide lockdowns, managed to keep infections largely controlled while still allowing entry/exit from the country, and had an aggressive system for tracing/treating."

"Whether applied to industry or to vaccine supply, Korea did not necessarily need to be as aggressive as the US, where because of the inadequacy of control measures, vaccines became one of the few tools left," Kim said.

In preparation for a future battle against viruses, essential steps listed by Kim include:

(1) Scientific literacy
(2) Surveillance networks to identify outbreak threats
(3) Re-funding CEPI
(4) Ensuring that COVAX will work as intended for COVID-19 and can be extended to other vaccines for global health
(5) Enhancing post-introduction vaccine safety (worldwide)
(6) Embracing more rapid regulatory review and emergency use approval at the WHO level
(7) Enhancing the rapid development, testing and manufacturing of diagnostics, protective equipment and treatments