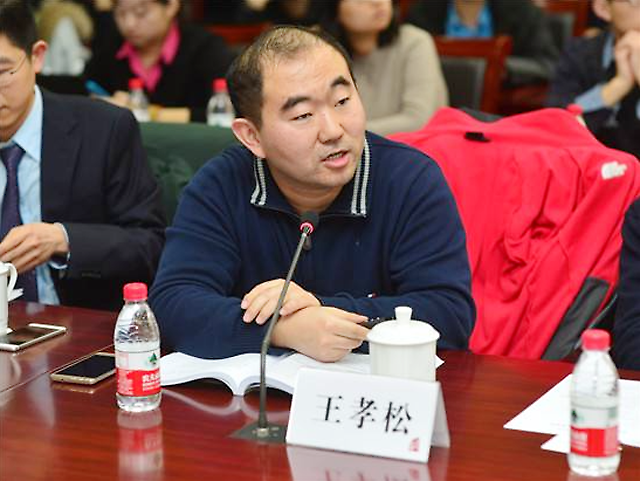 SEOUL -- China's national digital currency being developed with blockchain and cryptographic technology will be a sufficient substitute if a Sino-U.S. conflict escalates and the United States excludes the world's second-largest economy from a dollar-based system that runs on a network of financial institutions globally, a Chinese scholar said.

China's DCEP (Digital Currency Electronic Payment) could become the world's first central bank digital currency (CBDC). The goal is to increase the circulation of China's official currency yuan and international reach. Beijing has established an initiative to push forward Blockchain adoption, with the goal of beating competitors, insisting Facebook Libra poses a threat to the sovereignty of China. DCEP will not be for speculation of value.

"DCEP has unlimited legal clearance, and all DCEPs deposit 100 percent yuan reserves, so no one can refuse to pay at the settlement stage without decreasing their value," Wang Xiaosong, a professor of economics at Renmin University of China, said at the Asia Pacific Financial Forum in Seoul on March 17. He said DCEP would gradually replace cash circulating in China.

"DCEP could be a contingency plan for China" if Washington prevents Beijing from using the Society for Worldwide Interbank Financial Telecommunication (SWIFT) and the Clearing House Interbank Payments System (CHIPS), a U.S. private clearinghouse for large-value transactions, Wang said. SWIFT runs on a network of financial institutions globally.

Wang said that China has developed CIPS, an international payment system for the yuan, to prepare for trade conflicts with the U.S. and to prepare for U.S. monetary sanctions in the future. "If DCEP can be combined with CIPS in the future, we will strongly push for the use of CIPS as it will result in very fast cross-country payments and much better safety than traditional payment methods," he said, adding that DCEP adopts a centralized ledger.

DCEP has higher security than Bitcoin because it records clear time and information on both sides of each transaction, the scholar said, adding Bitcoin can cause problems in current legal and economic activities. "Even if Bitcoin is fully identified and guaranteed to be anonymous, transaction information is released to everyone," he said. "While DCEP is more secure because only the central bank can see transaction information."