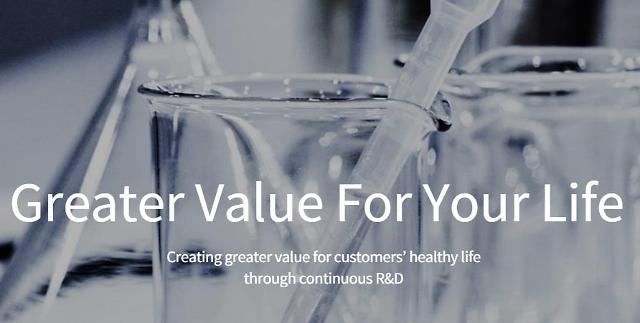 
SEOUL -- Daewoong Pharmaceutical, a bioengineering company in South Korea, has sealed a deal with a Chinese company to sell Fexuprazan, a novel gastroesophageal reflux disease agent. Daewoong promotes Fexuprazan as a blockbuster drug in the global anti-acid secretion agent market.

Daewoong said in a statement on March 18 that Shanghai Haini, a unit of China's Yangtze River Pharmaceutical Group, has signed a contract worth about 380 billion won ($338 million) including an upfront payment of 6.8 billion won and 13.6 billion won in milestone payments, which are paid when each milestone is achieved in clinical trials and commercialization.

Daewoong said that Shanghai Haini will be in charge of clinical development and approval in China, with its parent company responsible for sales. With a new contract in China, Daewoong's global business head Park Hyun-jin said his company would actively expand markets around the world.

For the global sale of Fexuprazan, Daewoong has strengthened its competitiveness with clinical trials to evaluate the safety, tolerability, and pharmacokinetic interactions of the drug when combined with three nonsteroidal anti-inflammatory drugs. In January 2020, Daewoong signed a contract worth about $50 million to export Fexuprazan to Mexico.

Fexuprazan is a class of potassium-competitive acid blockers (P-CABs), which are regarded as a new medicine to replace traditional proton pump inhibitors (PPIs) commonly utilized for the treatment of gastric acid-related diseases and for the prevention of low-dose aspirin or nonsteroidal anti-inflammatory drug-induced peptic ulcers. Although PPIs have a strong effect of inhibiting gastric acid secretion, they are slow in acting, have drug interaction problems and affect mealtime. P-CABs can complement the disadvantages of PPIs.