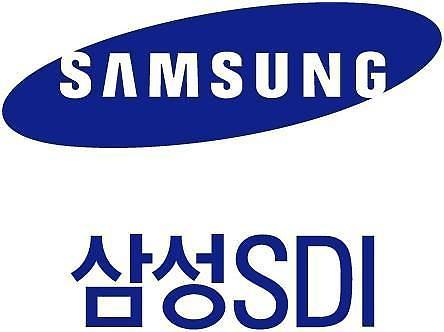 "It will be an opportunity for Samsung SDI," said So Hyun-chul, an analyst at Shinhan Investment. "The key to securing profitability is to effectively respond to the pressure of unit price reduction," he said, adding Samsung SDI, a unit of South Korea's Samsung Group, has secured a competitive advantage in terms of performance and cost by producing prismatic lithium-ion batteries from 2008.

The analyst saw Volkswagen's investment in the independent production of batteries as a negative factor. "If it goes as planned, it will be 40 percent of Volkswagen's total car production based on 10 million units," he said, adding cold judgment is needed because developing batterries is not easy.

"It remains to be seen whether Volkswagen will successfully mass-produce prismatic batteries independently," So said, pointing to German technology company Bosch's unsuccessful push for battery production.

Cylindrical cells have high specific energy and good mechanical stability, but they are commonly used for portable applications. Prismatic cells are encased in aluminum or steel for stability and satisfy the demand for thinner sizes. Wrapped in packages, prismatic cells make optimal use of space and allow flexible design but they can be more expensive to manufacture and have a shorter cycle life than cylindrical design.

Pouch cells use laminated architecture in a bag, offering a simple, flexible and lightweight solution to battery design. They are light and cost-effective but exposure to humidity and high temperature can shorten life. Swelling is a concern.

Samsung SDI has introduced a process that stacks internal materials on a square. The stacked type square battery can utilize 100 percent of the internal space. Shrinkage and swelling occur only vertically during charging and discharging. Less material deformation occurs even after a long time of use. For next-generation models, Samsung researchers have developed a prototype pouch cell for high-performance, long-lasting "all-solid-state" batteries that would enable an electric vehicle to travel up to 800 kilometers (497 miles) on a single charge.

Lithium-ion batteries have the weakness of taking too long to charge and discharge. Battery suppliers are trying to develop cheaper, more efficient, more powerful batteries. A solid-state battery uses solid electrodes and a solid electrolyte.